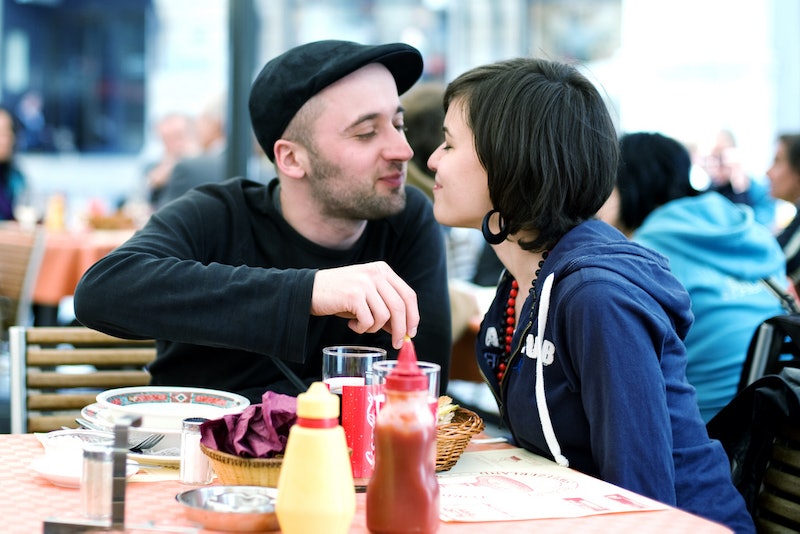 You're finally over your ex, you've met someone new, and it seems like it could be going somewhere. It's exciting, right? I know. But those first few months are crucial in establishing a good foundation for the future. And unfortunately, there are some early mistakes you can't go back from. Which sucks. We've all made early relationship mistakes and unknowingly sabotaged something that seemed great (and then gotten ghosted, which is the absolute worst). The last time I got ghosted (by a guy who had introduced me to family), his friends told me it was just "too much, too soon." Well, some of that was his fault, clearly. But if I'm being honest, most of it was me pushing the relationship forward before it was ready.

So before you start setting up brunch with your partner and their parents, let's take a deep breath and slow down. Seriously. Put down your phone, stop texting him or her about what your dog did this morning, and take a deep breath. Learn from my mistakes, guys. The truth is that every relationship is going to be different. What works for me may not work for you, and vice versa, but if you find yourself in relationship after relationship that sizzles out before it even really begins, then you may be making some of these mistakes.

When you like someone new, it's natural to want to share everything with them...including things that you probably shouldn't blab about in the first few months. He or she doesn't need to know about your messed up relationship with your dad, how your parents' divorce put you in counseling for years, or the specifics of how your college engagement ended. There's plenty of time for deep, meaningful talks about your dark and twisty side.

This is a broad category, but cool it on social media. Don't tag your significant other every time you're hanging out, don't insist on taking 10 million selfies, and don't comment on every single thing he or she posts (and don't "like" any of his/her mom's comments). On the flip side, don't stalk their pictures from 67 weeks ago on Instagram, and don't try to find any of his/her exes. I know, I know. It's tempting, but trust me: No good will come of this!

In the early stages of a relationship, trust shouldn't even be a major topic on the table. Regardless of whether you're exclusive or just beginning to hang out, you shouldn't be sending 2 a.m. texts that say, "Why didn't you text me back earlier? Were you with So-And-So?" You'll end up seeming desperate and crazy, when we all know that's not usually the case. They probably didn't text you back because their with friends or asleep or doing something else completely innocent. How would you feel if he or she was blowing up your phone whenever you didn't respond to a text or hung out with a friend?

It's natural in a new relationship to want to put your best foot forward. But if you're constantly getting your hair done, buying new outfits, and just generally trying to impress your partner way too much...this is not a good precedent to set. You want them to like you for who you are, not because your blowout is amazing.

6. Getting too close to his or her friends

This is a tricky one, considering some people want to become Facebook friends with everyone they meet. My advice here is to let your partner's friends lead the way on this. If they connect with you on social media, that's fine. But don't go sending friend requests to all of his or her best friends or parents.

7. Letting the past define the future

It's hard. I get it. I'm in my late 20s and I really thought I would have this dating this figured out. Heck, I even thought I would be married by now! It's hard, after having so many failed relationships, to believe that your relationships won't just keep failing. They won't. Just because that guy or girl ghosted you after you were in love with him doesn't mean that this one will. Just because someone cheated on you doesn't mean the next guy will. And just because one person won't text you back, there's definitely someone out there who will craft the perfect witty message to you.