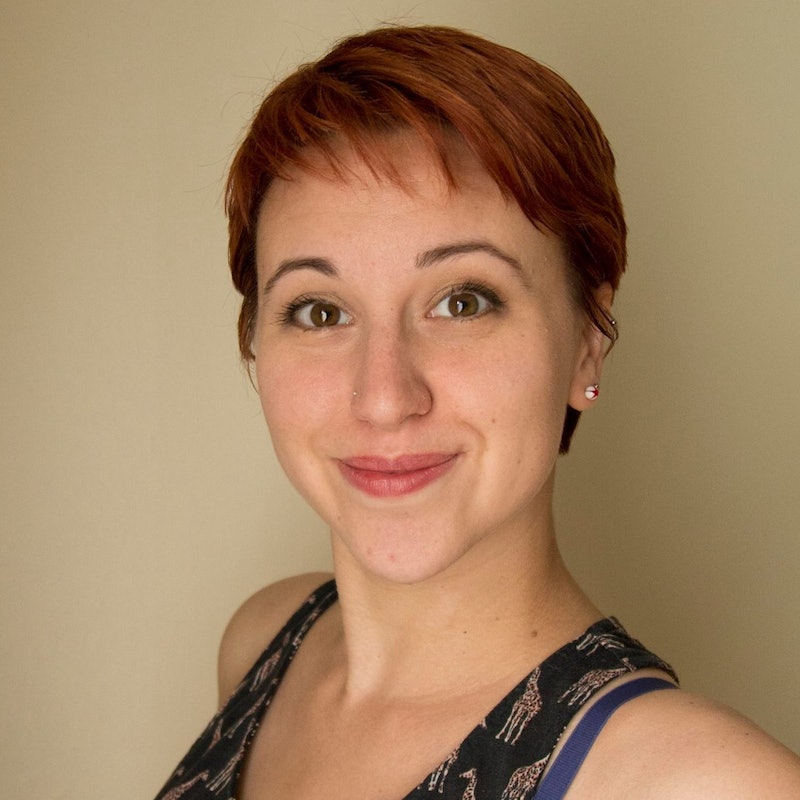 Have you ever sweat through a new blouse in under five minutes? If so, you can probably relate to the plight of being a sweaty person in summer (or all year round, really). Us sweaty gals are a larger group than you might imagine, yet being a woman with the ability to drench her shirt with pit sweat oddly still hasn't caught on as a highly sought-after identity. Sweating does have some great benefits, of course. It helps us release impurities and dirt from our pores, flushes toxins from our bodies, and apparently lowers the risk of kidney stones. Plus, our thermoregulation game is usually surprisingly strong. But none of that seems to make being a sweaty woman feel socially acceptable.

Over the last century as women have championed their right to work and be equal members in a (still) mostly male dominated society, we've seemingly had to carry with us rather Victorian notions of physical purity and absolute cleanliness. The word that most comes to my mind is demure. Women, in the eyes of many, should still fall under the category of traditional ladylike-ness. The trouble is that many people, despite realizing that women work hard, play hard, and are incredibly strong and powerful beings, still can't see a woman in a positive light if she isn't demure. Unfortunately, having sweaty pits, a drenched back, or clammy hands doesn't seem to fit into a lot of the American population's description of that word.

So, where does that leave those of us who just keep sweating, especially in the sweltering summer months?

1. Apologizing For Our Puddles

While I've never officially been diagnosed with hyperhidrosis, I've certainly experienced a majority of the symptoms. It's to the point that I've actually prefaced a handful of budding relationships with the warning that I am uncontrollably sweaty. It's an incredibly embarrassing statement to make early on in a relationship, but I'd rather point out my glaringly obvious perspiration circles first and nervously laugh with the person than have them notice later on and laugh behind my back.

If you're sweaty enough, you know how it feels to be hyper sensitive about sweat stains, and probably spend more time than you care to admit apologizing for them (either aloud or sarcastically in your own mind). But maybe you shouldn't have to apologize. Maybe you have no control over your sweat (because you don't). Beating yourself up over something so natural is just a symptom living in a culture that's scared of bodily functions, especially the bodily functions of women.

2. Doing The Casual Stretch And Glance

About to walk into an important meeting? Been in an un-air-conditioned car for a few hours? Having a particularly stressful day?

If you're a sweaty gal, you're familiar with the stretch and glance. Not unlike the bend and snap from Legally Blonde, the stretch and glance is a life-saving move designed to utilize misdirection in order to solve a problem. No, you're not checking for pit stains, you're casually reclining or stretching your shoulders and... oh, look left, look right... phew! No one noticed.

Or maybe they did, but it's still better than being caught blatantly eyeballing your armpits.

This also works on the dance floor. See below for the dance and check.

If you're a sweaty woman who happens to be a bit Type-A, you've probably come to calculate that the odds of soaking shirt number one are fairly high. So, what's a girl to do? Depending on your day, you've got three choices.

In high school, I neared a personal breaking point. You see, summer as a teenager was actually the best time to own the title of "sweaty gal." You were on your own time and outside of the halls of the public school system. Dress codes didn't apply, so the freedom to don spaghetti straps became life affirming. During the school year though, dress codes prohibited sleeves any thinner than a dollar wide. My school was small, and in the fishbowl of small town life, things like heavy perspiration get picked up on quickly and leave you open to heavy social ammunition. By the time I reached junior year, I was near my wit's end trying to hide away this completely useful physical trait.

As working adults, especially in office settings, summer can be a tricky time. Either the office is too cold and you have to wear jackets and sweaters to work, despite the heat on your commute, or the building is boiling and your short sleeve blouse is drenched before lunch. As a by-product, you may find yourself scouring the dress code for workable options, and constantly nearing that line of what's considered too revealing for your workplace.

5. Secretly Grateful That You're Not Alone

By some grace, my part time job through high school was working in the local bakery. And let me just say, when you sweat a lot as it is, there's something oddly cathartic about working in a place where the temperature reaches 105 degrees by 7 a.m. in the winter. Everyone is sweating. Sure, my sweat glands were a pain, but they were mine. And if humiliation was to be my burden, that at least was a predictable burden.

Since I'm still waving the sweaty flag, though, summer is actually one of the few times I relax a bit about my extra secretions. People are outdoors more, enjoying intense activity, and battling the sun. If you're the kind of woman who sweats profusely no matter what time of year it is, there's a reassuring camouflage available in the summer months. You can blame the heat. You can blame the sun. You can point to your equally sweaty friend as proof that yes, it is sweltering out here, so maybe all of this excess moisture could be the norm.

All that being said, though, you should also remember that there's nothing wrong with you. Sweating is totally normal. Some of us just do it a little more.