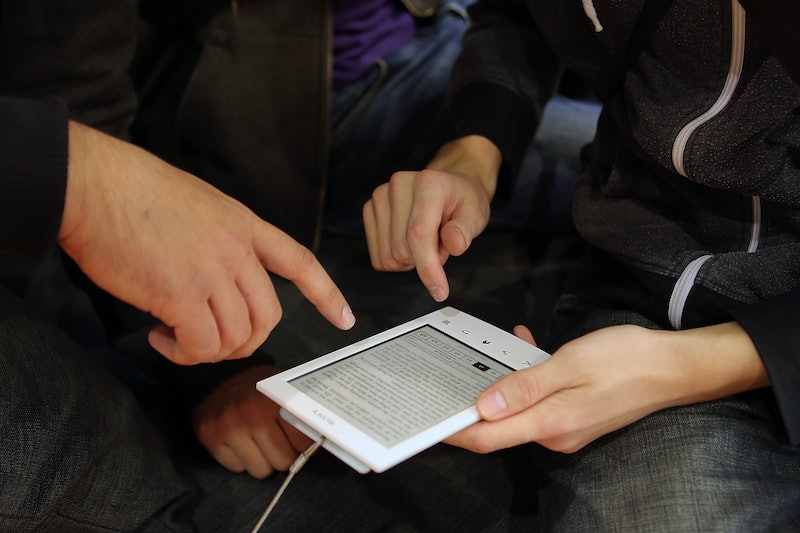 The U.S. Court of Appeals has upheld a decision that will see Apple paying a $450 million settlement for conspiring to raise e-book prices. Back in 2013, Apple appealed the decision by Federal U.S. District Judge Denise Cote that found Apple guilty of fixing eBook prices in a conspiracy with five publishers. On Tuesday, the appeals court upheld that decision.

After the ruling in 2013, all of the publishers involved in the case chose to settle out of court. Only Apple continued on to appeal the decision. Now, Apple's literally paying the price. Apple maintains that they've done nothing wrong. But what exactly is e-book price-fixing? As The Wall Street Journal explains about the lawsuit:

The case laid bare Apple’s efforts to gain a foothold in a market that Amazon.com Inc. commanded in 2010 with between 80% and 90% of all e-book sales.

At the time, publishers were dissatisfied with Amazon’s aggressive discounts. Apple's agreements ceded the power to set prices to the publishers, in what's known as an agency model. But there was an exception: If another retailer were selling an e-book at a lower price, the publisher would have to match that price in Apple's bookstore.

Apple doesn't see it that way. "Apple did not conspire to fix e-book pricing and this ruling does nothing to change the facts. We are disappointed the Court does not recognize the innovation and choice the iBooks Store brought for consumers," an Apple spokesperson told Time. While we want to put this behind us, the case is about principles and values. We know we did nothing wrong back in 2010 and are assessing next steps."

Dissenting Judge Dennis Jacobs agreed, citing Apple's and the publisher’s actions as reasonable in the face of Amazon’s near monopoly over the e-book market with its famously low prices. But Judge Debra Ann Livingston, who wrote the majority opinion, didn't feel that this was an excuse. "Fundamentally, the dissent's theory — that the presence of a strong competitor justifies a horizontal price-fixing conspiracy — endorses a concept of marketplace vigilantism that is wholly foreign to the antitrust laws," wrote Livingston.

The decision was made with a 2-1 majority, and Apple will pay a $450 million settlement, a part of which will go to customers who are part of a class action suit against the company. So no payout for you — unless you got in on the lawsuit.

More like this
What Is Barack Obama’s Net Worth? He Makes *Way* More Now As An Ex-President
By Hugh McIntyre
Your Home Could Seem So Much More Expensive If You Tried Any Of These Cheap Tricks
By Dena Ogden and Sara Brown-Rigoli
How The City Healed Five Years On From The Manchester Arena Attack
By Ella Glover
How To Support Gun Control Reform Right Now
By Morgan Brinlee and Carolyn Steber
Get Even More From Bustle — Sign Up For The Newsletter