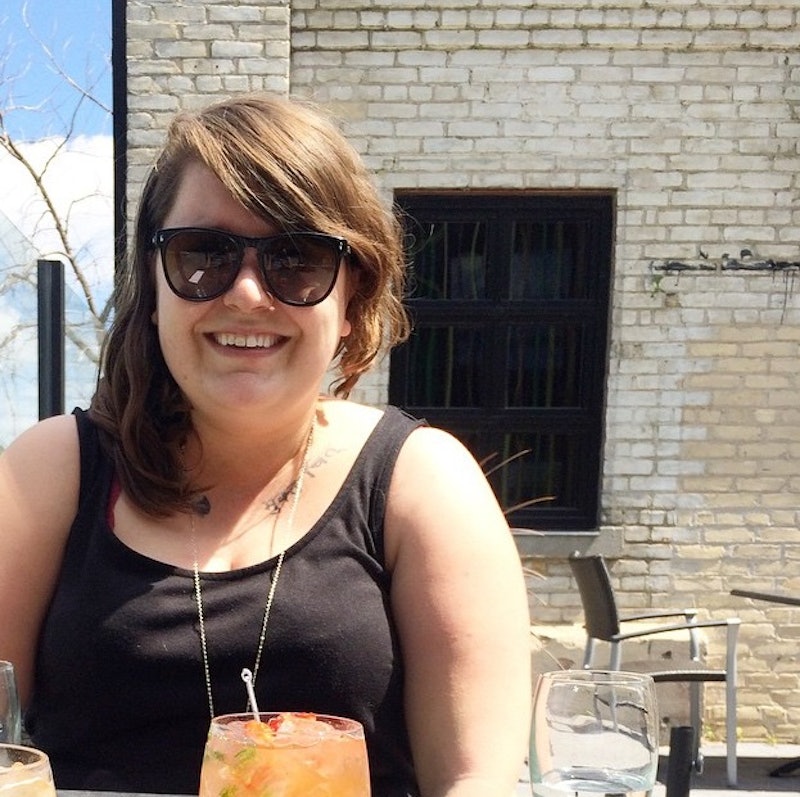 In recent years, and even recent months, there have been huge body positivity moments, as the movement has picked up steam and made some pretty big strides towards becoming a more mainstream concept. Body positive activists like Sonya Renee Taylor and Melissa A. Fabello — just to name a few — have been working and organizing for years, trying to battle messages from the media and ignorant humans, so that others can have more peaceful relationships with their bodies.

The world is finally beginning to pay attention and give respect to the movement that preaches all bodies are good bodies. However, of course, no social good ever came without its fair share of trolls who aim to insult, derail, and just generally take the intellectual equivalent of a steaming turd on people who are just trying to make the world a better place.

People love talking about things they know nothing about, though, and it's no surprise that everyone has an opinion on everyone else's business: Especially when those people seem to be working to actively not loathe their bodies and be comfortable in their own skin. Whether it's on Twitter, Reddit (of course), in the doctor's office, or from a maybe-sort-of well-meaning family member at the dinner table, these eight comments are likely things that every body positive woman or man is absolutely sick of hearing.

1. "You can't force people to think you're attractive!"

Because I am attempting to broaden the standards of physical beauty, people often act like I'm personally trying to force them to find me to be cute. So we can make out, I guess.

Listen: No one's trying to do that! We all have our preferences, meaning things that we're attracted to and things that don't really interest us. Just a sliver of what body positive activists are trying to do is remove some of the stigma surrounding being or being attracted to someone who's not a "conventional beauty." That's it!

2. "It's not right to glamorize being unhealthy."

Are you calling me glamorous? Aw, thanks so much! Also, you can't tell someone's health from just looking at their size. Helping people to not hate their bodies isn't "glamorizing" being unhealthy. But I'm pretty sure there's a person smoking in a movie somewhere. Why don't you Tweet the director and ask them to stop glamorizing being unhealthy?

And anyways, body positivity isn't just for medically healthy or "pretty" bodies: It's for all bodies.

3. "Body positivity is just an excuse for girls to dress like sluts."

This is something I see on Twitter literally every single day and I'm fed up with people using body positivity as an excuse to slut-shame. Yes, part of not hating your body includes acknowledging your right to present it in public (including Twitter), however you see fit (and legal). Sometimes that means revealing it, but there are also plenty of women who choose not to!

After decades of being told to cover because there are a million things "wrong with our bodies," excuse us if the rush of revealing those bods without shame is something that's exciting.

4. "Why are you calling that person body positive? Their body is the definition of 'beauty standards!'"

I understand people thinking that the only humans who need support and encouragement to experience positivity around their bodies are those who are underrepresented in media, or whose bodies are marginalized. The body posi community is definitely invested in creating space for all of those who can't find it elsewhere, but it's definitely for everyone. Even people with what we'd consider a "technically good physique" still face a barrage of messaging that tells them their body isn't good enough.

As a fat babe, I've heard this line more than a few times. By choosing to wear a fatkini or other "revealing" articles of clothing, like my beloved vegan leather shorts, I'm accused of flaunting my body size like it's a bad thing.

There are some people out there who claim to support body positivity as long as they don't have to be confronted by seeing things that make them uncomfortable. But why are they uncomfortable? Because of the toxic idea they've been sold that fat bodies are bad. Hmm...

6. "Why should the world change for you? If you want to wear cute clothes, lose some weight!"

Just yesterday, I engaged with someone on Twitter who responded to my pleas for a brand to make plus size t-shirts with some good old fashioned body shaming. The Twitter user informed me that "clothes aren't too small, bodies are too big." This friendly man, who I assume to be an MD, then assured me that "resistance to change is common, but can be overcome!"

People are so often told that we should wait until we fit into society's idea of "beautiful" — or a retailer's standard clothing sizes — until we really earn our humanity. No one should deserve to feel less than or unaccepted because of their size, race, physical ability, or any aspect of their appearance. It's not people's jobs to beg and bargain for their humanity. It should be freely given.

7. "Sometimes shame is a powerful tool. If people aren't uncomfortable with themselves, how will they change?"

I agree that sometimes we need to feel uncomfortable and dwell in discomfort to bring upon change, but I don't think being ashamed of our own bodies does anyone any good. Bullying ourselves into behaviors that are deemed "healthy" for the sake of being smaller or looking any certain way means that our self acceptance becomes tied to a physical outcome.

The idea of being able to prevent being fat or looking "undesirable" by society's standards is soothing to people. But this is about their fear, and not about anyone else.

8. "It must be nice to love your body so much all the time!"

It must, but I wouldn't have any clue what that feels like. Nor would most other body positive activists or even anyone with "the perfect body." Body image is a fluid thing and is tied to much more than what our bodies look like. Although, that's fluid too. Deciding to not hate your body doesn't automatically mean you love, or even like, it.

Attempting body positivity is a choice that people make and that requires frequent, constant work to dismantle harmful messaging and our own quibbles with the way our bodies function, feel, and look. Sure, I might possibly have more days and moments where I'm more at ease with my body, but me, my self-talk, and my self-image aren't perfect. And they won't be — but trying does, generally, feel really good.