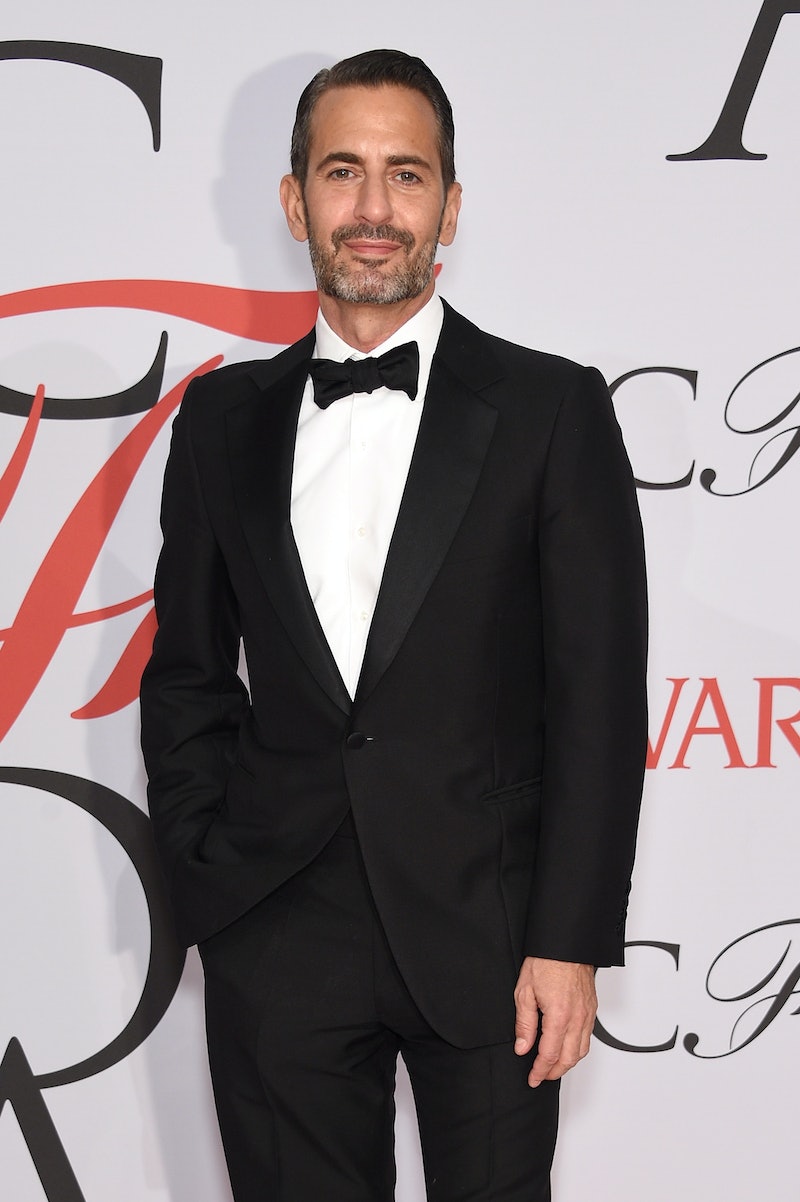 Marc Jacobs is a relative newcomer to Instagram (only a few months!), and he's apparently still learning the ins-and-outs of the app. Fashionista recently pointed out Marc Jacobs posted a nude selfie likely meant for a direct message onto his public account. Whoops! No one knows who the direct message was intended for, but he must be one lucky fellow.

In fully bare, tan booty glory, Jacobs posted the pic last night to his account, @themarcjacobs. He tagged the image, "It's yours to try!" seconds before clearly realizing the pic went to his 191K followers instead of just the mystery recipient. Sadly, when you're as popular as this designer extraordinaire, it's hard to let a bare booty pic slip by with no notice even if it's taken down seconds later. But some are questioning how much of an "accident" the picture really was.

Fashionista pointed out that the pic move wasn't really "off brand" for the designer. After all, Marc Jacobs Bang Fragrance Ads reveal him lathered in oil, naked, and holding a giant cologne bottle. Hmm...

If it was an accident, though, there's no reason for Jacobs to feel embarrassed. Social media makes it way too easy to accidentally share more than intended, and he shouldn't feel ashamed at all! Hopefully he turns his t-shirt frown upside down soon and gets back to being his fabulous self. Scrolling his IG reveals Jacobs has become kind of an IG selfie pro, though. I guess we'll never know how "accidental" the booty photo was unless he makes a formal announcement!

Nonetheless, here are 6 other times Marc Jacobs totally knew what he was doing on Instagram:

This doesn't look like a newbie's first selfie, Marc.

It would take me several attempts to look as cute as he did in this snap!

I don't believe Marc even had to use a selfie stick to fit everyone in this photo. Pro!

Although a bit blurry, it's still quite the impressive quick pic.

You know all your right angles, Marc.

This all just proves that his recent Instagram boo boo was definitely a hiccup, because it sure seems like he knows what he's doing!