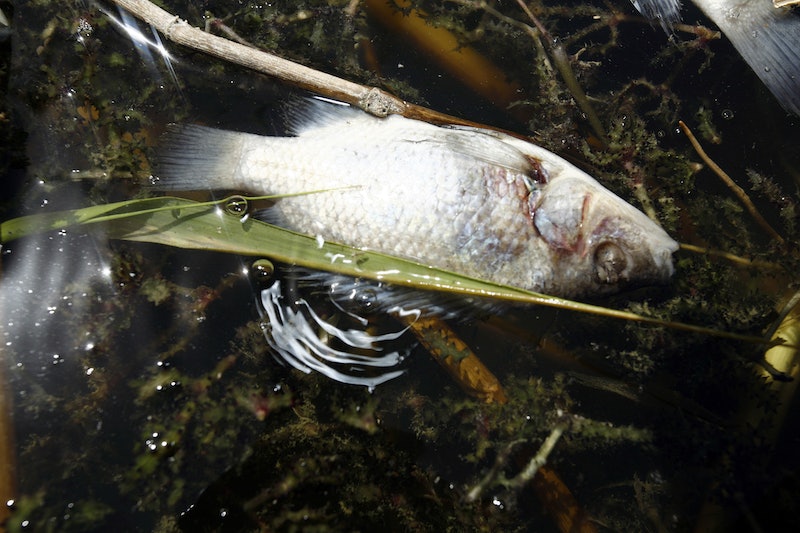 A new study has revealed that fish poisoning has become more common. Ciguatera, a toxin that is produced by warm-water microorganisms and exists around coral reefs and algae, moves through the food chain and gets into the same carnivorous fish that people eat. So how can you avoid getting sick from your favorite seafood?

The study, published this week in The American Journal of Tropical Medicine and Hygiene, reveals that people have been underestimating the problem. It most highly affects the Hispanic community, possibly because they are more likely to eat barracuda, a fish that has the highest levels of ciguatera. However, grouper, moray eel, amberjack, sea bass, sturgeon, parrot fish, surgeonfish, and red snapper can also carry the toxin, according to the Centers for Disease Control and Prevention (CDC). The highest concentration of ciguatera is usually found in the liver, intestines, eggs, and head. If you insist on eating some of the fish with concentrations of ciguatera, do not eat these parts and never eat barracuda or moray eel.

Although ciguatera forms in warm waters, people from any country can be poisoned from it, the CDC said. The infected fish can be shipped to other countries, or swim northward. However, the highest risk is in the regions around the Caribbean Sea and the Pacific and Indian Oceans, typically placed between the latitudes of 35°N and 35°S. About 3 percent of travelers get sick from eating local fish, creating more than 50,000 cases per year. The death rate from ciguatera poisoning is approximately 0.1 percent but varies based on the amount consumed and what medical care is available.

There's no way to tell whether a particular fish has been contaminated; the appearance, smell, and taste of the fish are not affected. All you can do is avoid eating the most vulnerable parts of the potentially dangerous fish, especially if they come from warm-water areas. Ciguatera is not destroyed by heat, so cooking your meal does not make it safe.

If you have been affected by ciguatera, symptoms will usually appear within one to three hours. Usual symptoms are nausea, vomiting, diarrhea, and stomach pain. Some people even face neurological symptoms that surface after three to 72 hours, such as a tingling feeling, tooth pain, the sensation that the teeth are loose, itching, blurred vision, transient blindness, and a metallic taste in the mouth. There is no treatment for this kind of food poisoning.

Ciguatera is not the only kind of seafood-related poison. According to the Food and Drug Administration (FDA), scombrotoxin, shellfish, and gempylotoxin are also common forms of fish poisoning, so make sure to store and cook seafood properly.