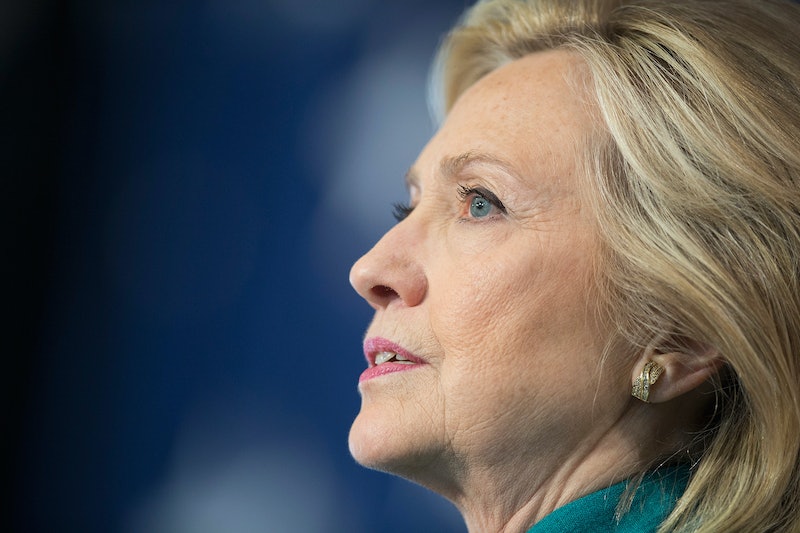 As highlights of the second batch of emails from Hillary Clinton’s private server trickle in, the State Department is already prepping for when the third round of Clinton emails will be released. There are 55,000 pages of 30,000 emails on the private server Clinton used for email while she was secretary of state, which is no small amount to slog through. Beginning June 30, under an order from U.S. District Court Judge Rudolph Contreras, the State Department is mandated to release another set of emails every 30 days. The order outlines what percentage of emails should be released each month, with the target for July set at about 8 percent of the total, or around 4,000 emails.

The documents are being released after a journalist with Vice News filed a lawsuit under the Freedom of Information Act. Vice's attorneys had sought a release of documents every two weeks, and the State Department wanted a release every 60 days, Politico reported, so the 30-day requirement meets both sides. The judge's order requires that all the documents be released by Jan. 29, 2016. The drawn-out nature of the email release is problematic for Clinton's presidential campaign, The New York Times points out, because every 30 days there will be new emails to examine, which may or may not cast her in a positive light. The end date for the email release is just three days before the Iowa caucuses, obviously a critical time for any presidential campaign.

While Clinton's use of a private server was not illegal, it certainly wasn't encouraged by the State Department or President Obama's administration. Under federal law, public records, such as elected officials' emails, are required to be preserved. But Clinton turned over the 30,000 emails from her server and reportedly deleted the rest, which has raised more than a few eyebrows.

The first round of about 300 emails totaling about 850 pages was released on the State Department's website in May. That batch of messages did not provide evidence that Clinton had received any advance warned about the 2012 attack on the U.S. consulate in Benghazi, Libya, which killed four Americans, including Ambassador Christopher Stevens, as some GOP members of Congress had alleged during an investigation of the attacks.

The second batch of emails, released Tuesday, span March through December of 2009, Clinton's first year as secretary of state, two years before the Benghazi attacks. Upon first read, the emails show a relentless amount of travel for Clinton, correspondence with aides, and an overall sense of her settling in to her new role.