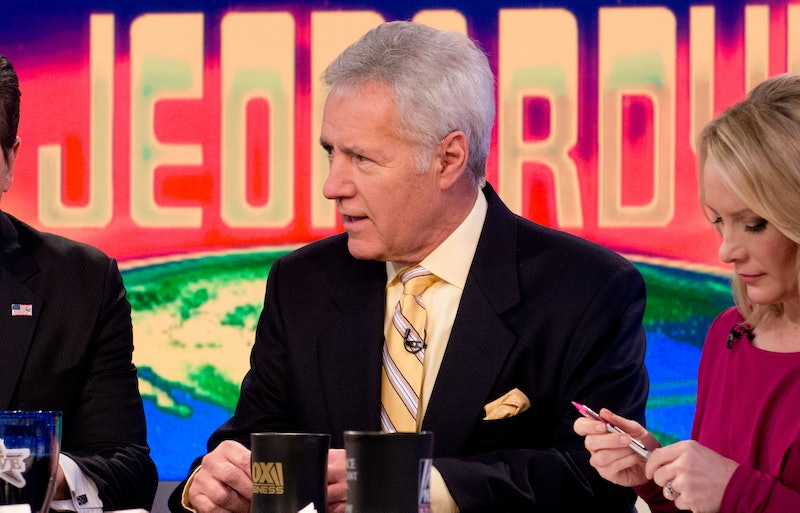 In all honesty, I had to Google "Alex Trebek" when I saw this. It seems he is quite beloved by Americans as Jeopardy's host and now general dad figure. In the theme of "dad," Alex Trebek rapped the theme to The Fresh Prince Of Bel Air while reading out a question on Jeopardy. And it's every bit as glorious as it sounds. So glorious, in fact, you should get straight on the phone to your dad and have him do the exact same thing immediately, because we really need to get "Dads Rapping 'The Fresh Prince'" happening on the Internet. I didn't realize it before, but it's what we've been missing all along.

The rap is entrancing. Seriously, I'm listening to it on repeat. And in my mind's eye, there is some serious dad bop dancing going along with it. It's dad dork heaven. Meanwhile, it's good to see that the older generation is just as familiar with the Fresh Prince theme song as those of us who were pre-teens when it was on TV. I might not be able to remember facts from the news yesterday, but I sure as hell remember every single word from the Will Smith's Fresh Prince song. Don't try and pretend like you don't either. YOU KNOW YOU DO.

Watch, listen, be awed, below:

I don't know why, but Trebek's rapping immediately bought this to mind:

It really seems like there's nothing left to say or do, except dance.