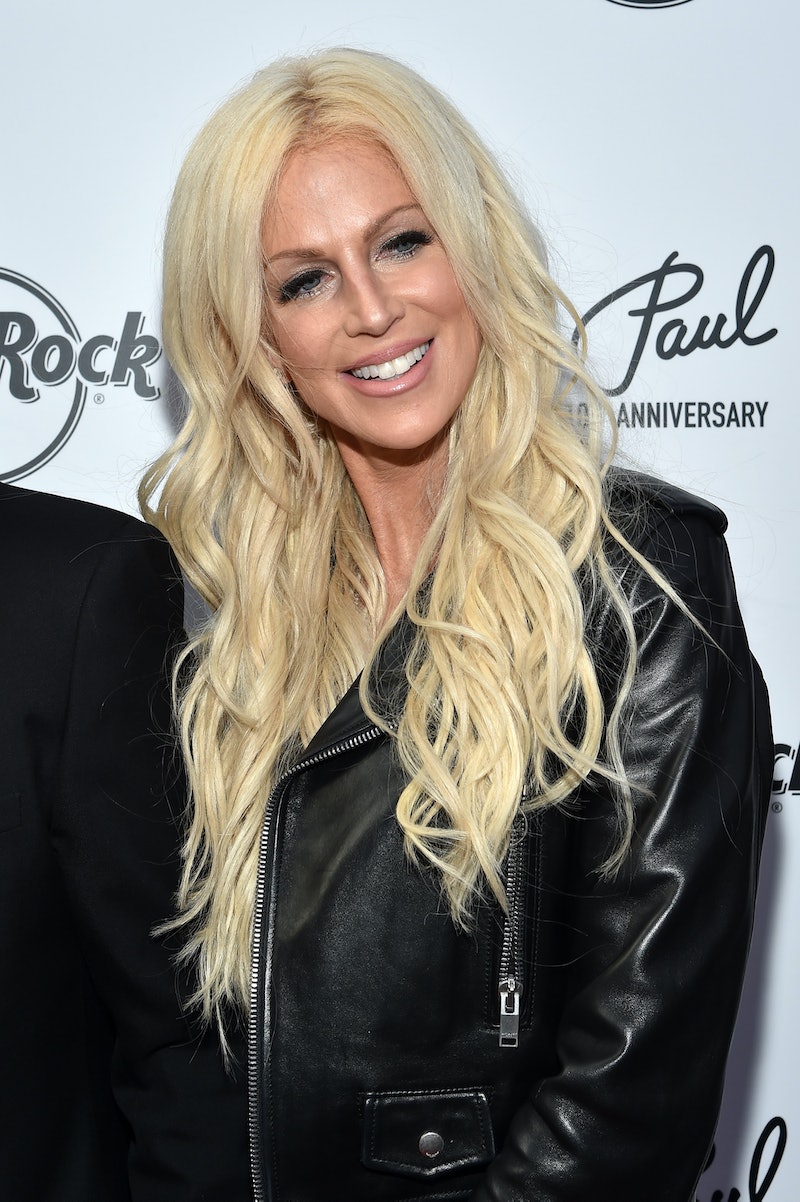 I have watched every single episode of every Real Housewives series, so it's safe to say that I am a very devoted fan. The only series that I never really got into after watching is Real Housewives of D.C. Clearly, I'm not the only one who felt that way since it's the only Housewives series that was cancelled after one season. Nevertheless, I continued to be intrigued by the show — by which I really just mean its most infamous cast member, Michaele Schon (née Salahi). Even if you don't watch anything on Bravo, you might recognize her name. Michaele and her former husband Tareq Salahi are notorious for crashing a White House state dinner in November 2009. (You may have even seen this made into a joke in a Saturday Night Live skit.)

Even though Real Housewives of D.C. was kind of lackluster, I'm still curious about how that huge scandal affected the former couple's daily lives. And I wonder how things would be going for Michaele — and what we would see on TV — if the show had gotten additional seasons and she was still a Real Housewife.

Here are a few things Michaele has been up to since her Real Housewives days.

In September 2011, Tareq was very concerned that his wife was kidnapped when he couldn't find her or get in touch with her. His publicist tweeted out many urgent messages about her disappearance, which were retweeted by Tareq (and since deleted). His manager also released the following statement to E!: "It is our belief as of last night, Michaele Salahi may have been kidnapped or abducted and is being held under duress and forced to tell persons, including authorities, she is OK."

She Was "Found" With A Rock Star

It turns out that Michaele was not actually missing or kidnapped; she was "found" in the company of a rock star. Apparently, Michaele had been living with Journey's Neal Schon and was with him traveling for Journey's United States tour. As expected, this left an already concerned Tareq pretty devastated.

She Is No Longer Michaele Salahi

In what is honestly a surprise to me, Michaele actually married Neal Schon and is still with him to this day. In December 2013, the couple had had a Pay-Per-View wedding that you could watch for $14.95. I have no idea who actually watched that, but the proceeds were set to go to typhoon relief in the Philippines. To add more randomness to this, Omarosa Manigault from The Apprentice and Van Halen frontman Sammy Hagar were both in attendance. I never expected those to two overlap.

She Has A Facebook Fan Page Devoted To Her Marriage

If you are interested in her personal life, you can like the joint Facebook page for Neal and Michaele Schon ince that actually does exist for some reason. It's pretty much just pictures of them giggling, Michaele clapping at Journey performances, and updates about the band.

It's the origin of her relationship with Neal Schon is still pretty foggy, but the couple seems to be very happy these days, and Michaele doesn't seem to care about anything Real Housewives related. Poor Tareq though.

More like this
‘RHOBH’ Newcomer Sheree Zampino Is Still Close To Ex-Husband Will Smith
By Brad Witter
There's Plenty Of Drama Brewing To Warrant A 'Summer House' Season 7
By Brad Witter
Kourtney & Travis Crashed His Daughter’s TikTok Live In Their 2nd Wedding Outfits
By Grace Wehniainen
When Was 'Bling Empire' Season 2 Filmed?
By Alyssa Lapid
Get Even More From Bustle — Sign Up For The Newsletter