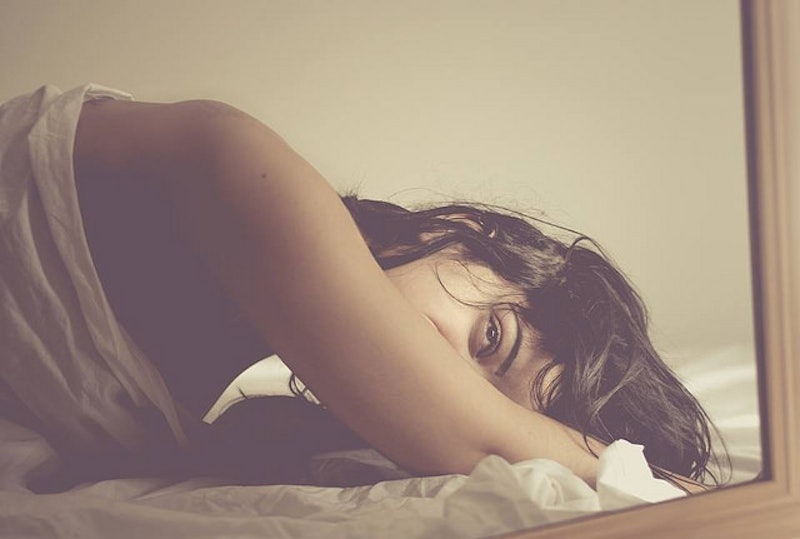 What do you call your vagina? Way before "pussy" or "punani" people have been obsessed with nicknames for it. Or basically, everyone's obsessed with vaginas so we come up with lots of nicknames for them. Even the technical names for vaginas have some nickname-y origins: vagina comes from the Latin word for sheath, as in for a sword (read: penis), while vulva means wrapper, and originally also meant the uterus. But saying penis and vagina can sound distinctly unsexy, so it's no surprise we come up with other slang. And they vary from place to place— one of my most confusing moments was when first having sex in the UK and the guy referring to my "fanny" and learning it has a really different meaning than in the U.S.. It was even more confusing after living here for a bit and realizing no one has ever used the word in a sexual way, it's more like the nickname your grandmother would use. Anyway, I decided to look at some of the best nicknames through time.

And luckily Jonathan Green's Dictionary of Slang has been brought to the internet with an amazing chart that lets you track different nicknames through history, which is both fascinating and terrifying because some of the names in there make terms like "hatched wound" and "fish taco" seem downright lovable. Here are my favorites:

It may now be derogatory, but it's the oldest slang word for vagina in the book, and by book I mean online timeline. We've been using this word for nearly a whooping 800 years.

I like this one because it makes it sound sort of classy and contained, but also something precious that you don't want to loose (omg what if you lost it?).

Your vagina is basically a sanctuary. I mean, mine certainly isn't, but maybe yours is.

Don't play with fire. At least, I hope there referring to it in that sort of sexy way and not as a source of a terrible chafing problem.

It's a classic, but I didn't realize we'd been using it for over 300 years. I think as far as longevity and prevalence this one is the king of all nicknames.

WHAT DOES THIS MEAN? Is the penis a spine of a book? Is the vagina its wife? I don't understand. Mid-18th century folks were nuts.

What the eff? Why? How would you possibly say this in a sexy way? Try— try it now. "Ahhh, I can't wait to get your long hard cock in my jack nasty fa— nope, nope I take it all back. Never touch me. I don't deserve to be touched."

I just... OK, just sometimes it sort of feels like that's what it is, right? Like once you have sex with them then you've got 'em. Just me?

It makes me think of a little term of endearment for when you and your vagina get into all sorts of waxy hijinks, "Ahhh, you silly little futz, what have you gotten me into this time!?". Scroll credits.

I picked this because it's from the year I was born and also because apparently we'd just given up using actual words in the 80s.

It rhymes, and it makes you think of a good, tight, fit. I like it.

Brought to us not by Green, but by Cosmopolitan, I thought this deserved to be included because... because of tacos, that's why.