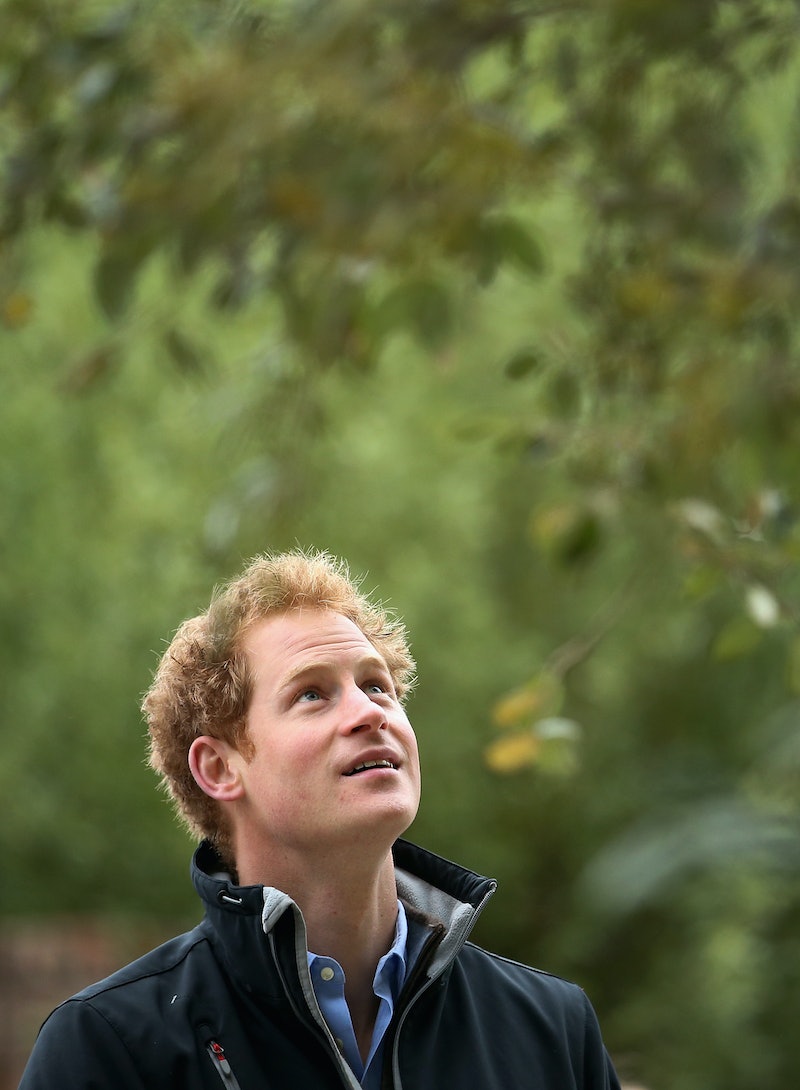 Sunday, July 5 is a very special day. Not only is it a patriotic weekend for Americans, who just celebrated the Fourth of July on Saturday, but it is the day of Princess Charlotte's christening. Royal fanatics are beyond thrilled to see Prince William, Kate Middleton, Prince George, and other royal family and friends gather for the princess' baptism. However, one familiar face will be missing. Prince Harry is not attending the christening What?! How could you do this to your family and fans, Harry?

Before you begin an uproar, the redheaded prince has a good reason for missing his niece's big day at Sandringham, England's Church of St. Mary Magdalene. According to People, Prince Harry is in Africa saving wildlife, because he's just that noble. See? It's hard to be mad at him. Apparently, William's baby brother is dedicating three months to conservation work, where he will focus on battling the illegal trade of animal parts. Put simply, Harry is saving rhinos. Can we all picture that for a moment? Uh-dorable.

It seems Harry is in Namibia working with the Nature Conservatory and the Save the Rhino trust, because black rhinos need all the help they can get. Can't fault the prince for that, right? He told The Sun and The Sunday Times, "For me, it's three months of hard grafting, working with animals. To actually get the chance to embed myself with the top vet in southern Africa, travel with him for three weeks and every job he gets called up to do. That's like my dream."

I'm sure Princess Charlotte won't be angry with her uncle, because he's living his dream. Plus, what makes for a better christening present than knowing your uncle is saving the lives of endangered animals?

More like this
Prince Harry & Meghan Will Attend The Queen’s Platinum Jubilee With Their Children
By Sam Ramsden
Prince Harry Spoke Out About Archie & Lilibet’s Futures And What Worries Him The Most
By Sam Ramsden
My Picky Eater Dog Absolutely Devours This All-Natural Food
By Allison Berry
If You Have Pets, You Probably Don't Realize You're Making These Common Mistakes
By Mackenzie Edwards
Get Even More From Bustle — Sign Up For The Newsletter