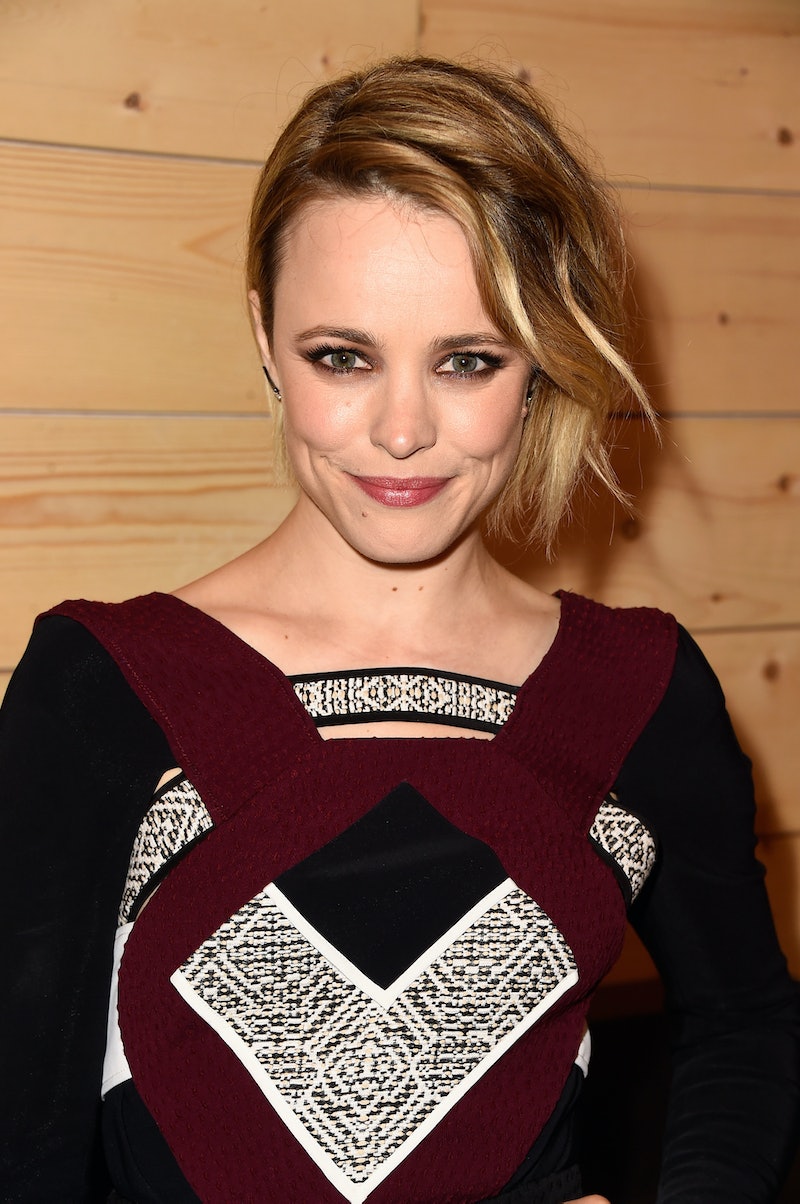 Consider this the cure for your Ben Affleck/Jennifer Garner post-breakup depression. Rachel McAdams and Taylor Kitsch are dating — as in, dating each other, according to Us Weekly. Yes, the constellations, stars, and all moons in the universe have aligned because at least two hot actors have come to their senses and realized they are p-e-r-f-e-c-t for each other. The Notebook actress and her True Detective co-star have reportedly been buddies for a few years, but decided to give romance a shot and are in that sweet getting-to-know-you-on-a-whole-other-level phase. Swoon. Even Tim Riggins would have quit his catting around for McAdams. Theirs is a match made in heaven.

Rumors began swirling about the duo last month, when they were spotted having a meal together at Osteria Mozza in Los Angeles. But 36-year-old McAdams had also been linked to Jake Gyllenhaal after the two had many lovely dinners out on the town. Since that relationship was never confirmed, who'd really want to go and jump the gun about a possible new McAdams/Kitsch affair, no matter how exciting the thought?

Kitsch, 34, was reportedly involved with a fitness instructor named Jennifer Welch, but is apparently all on board with this new affair. A source claims "they're really into each other" and that McAdams is constantly talking about Kitsch — who can blame her?

If the news is true, it is in total conflict with something McAdams once said about how dating a co-star is a really bad idea. She told Glamour in 2012,

A set may seem like a good place for a romance, but I don't think it's very conducive; it's too distracting. Every relationship I've had with a coworker comes after the fact.

Uh huh. So says every person who has ever dated a coworker — until they finally hook up with the right coworker.

As if it's even needed, here are six reasons why McAdams and Kitsch are a great match (along with as many hot gifs of Kitsch as make sense to include).

1. They're Both From Canada

McAdams was born in Ontario and Kitsch is a product of British Columbia. They can complain to one another about the ridiculous size of American-style heroes (bologna and ham? Overkill).

2. They Can Kill It On Ice Skates

Before he became an actor, Kitsch played junior hockey in the British Columbia Hockey League. His career ended after he suffered a knee injury. Similarly, McAdams was a competitive ice skater, but turned down an opportunity to possibly go pro. Again, the alignment of stars.

3. They Come From Big Families

Kitsch has two older brothers and two younger half-sisters. McAdams is the eldest of three children. This probably means they'll want to get married ASAP and have at least three kids. Did I say "probably?" Make that definitely.

4. They're Both Really Well Known For Iconic Roles

McAdams will probably forever be known for two roles: Allie in The Notebook and (of course) Regina George in Mean Girls. And as Tim Riggins, Kitsch was the heart, soul, and hotness of FNL.

5. They're Both Low-Key Types

Blame Canada (actually, credit Canada for this): both McAdams and Kitsch manage to come across as friendly with reporters, but they aren't out there bragging about winning the genetic lottery and achieving successful careers. McAdams, who didn't fancy herself too good to take a job at McDonald's before her first movie role, famously took a break from the limelight for about two years in 2006 so she could breath and decide what to do next. And Kitsch was, literally, homeless and sleeping on NYC subways cars before his big break.

6. They've Made Their Share Of Movie Flops — But Always Seem To Rise Above Them

It's virtually impossible for most actors to get through their careers without a flop or two on their resumes — McAdams and Kitsch are no different. In Disney's John Carter , known as a box office nightmare, Kitsch played a Civil War veteran who was transported to another planet. Totally weird, right? But he's cool enough to have actually gone on record as saying he would work on the film again and has zero regrets. As for McAdams, she may have more success stories than failures, but, hello, Aloha with Bradley Cooper? To the Wonder with Ben Affleck? If you don't remember these films, that's exactly my point.

The greatest thing about these two rumored lovebirds though is that their talent continues to shine through — no matter how much money their films make or lose at the box office. If they can find the love for each other that I've found for them both, well, it might almost make that whole nasty Affleck/Garner split a lot more palatable.