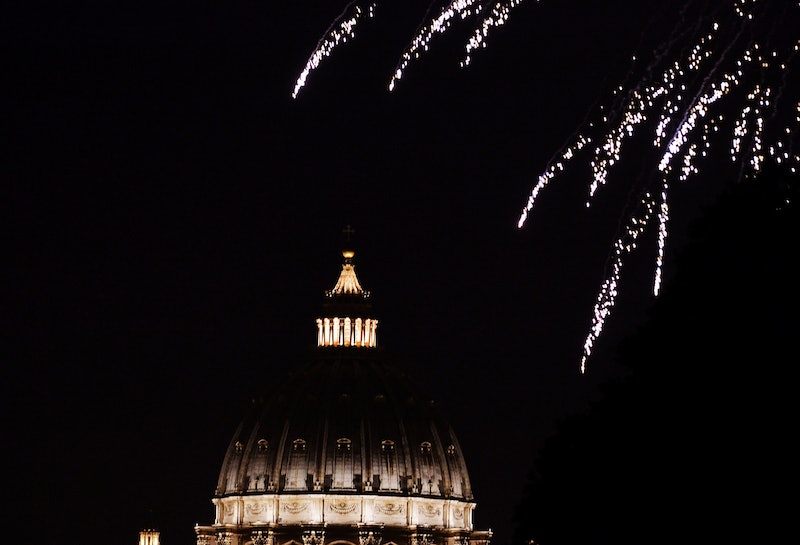 In case you've missed the memo, Fourth of July fireworks are extremely dangerous. Though your mom's annual rant may seem annoying, she's actually onto something. Independence Day typically sees more fires than any other holiday, and approximately 40 percent of them are the result of fireworks. Your firecrackers can set fire to everything you cherish, including your car, house, hair, and body parts.

There were an estimated 17,800 fires in 2011 as a direct result of fireworks. About 1,000 of these resulted in total destruction of houses or structures, and around 400 set fire to cars and other vehicles. These fires cost close to $32 million in damage. Can you even imagine how angry your neighbor would be if you blew up his car?

Though fires and explosions are serious business, the real concern when it comes to fireworks is bodily damage. In 2014, there were 10,500 emergency room visits as a result of fireworks, which is actually approximately 1,000 less than in 2013. Of those visits, 55 percent of injuries were inflicted to extremities like hands, feet, arms, and legs, while 38 percent of injuries were to the head. In addition, 11 people died last year as a result of fireworks.

A common misconception is that the most dangerous fireworks are the big booming cannons and rockets — and while they are certainly no joke, sparklers are actually the silent killer (figuratively) of holiday pyrotechnics.

The average sparkler can burn up to 2,000 degrees, and sparklers are responsible for 20 percent of injuries reported. Which actually makes sense when you think about the fact that you are literally lighting gunpowder and carrying it around in your hand. As a result, children under 5 and teenagers are particularly prone to injury on July 4.

Also consider that your neighborhood light show can be emotionally and mentally stressful for those who live around you. An estimated 11 to 20 percent of combat veterans experience post traumatic stress disorder, and Independence Day can be a particularly difficult day for them. Even if you aren't concerned about bodily harm, if you live in an area with several veterans, maybe consider forgoing the personal fireworks display and attend a professional orchestrated event instead. At the very least, contain your usage to July 4 only.

But if you're really determined to add some sparkle to your weekend barbecue, be sure to check local laws regarding fireworks usage. If you live in Delaware, Massachusetts, or New Jersey, you're out of luck — consumer fireworks are completely banned there. If you live in Illinois, Iowa, Ohio, and Vermont, feel free to light up your sparklers — but that's it. Other cities and municipalities have their own individuals laws, which you can find out by calling your local police department.

Once you've checked up on the laws, be sure to adhere to these recommended safety precautions before sending up your multicolored fountains or roman candles.

When in doubt, just avoid fireworks all together and focus on enjoying your hotdogs and hamburgers instead, and have a safe Fourth of July.

More like this
The Families Of Grenfell Tower Are Still Waiting For Justice, Five Years On
By Bustle UK
How 5 People Upended Their Lives To Fight For Abortion Rights
By Hannah Smothers
Juneteenth Is Now A Federal Holiday — Here's What That Means
By Lani Seelinger and Syeda Khaula Saad
5 Concrete Ways To Take Action Against The Rwanda Deportation Plan
By Rachel Mantock
Get Even More From Bustle — Sign Up For The Newsletter