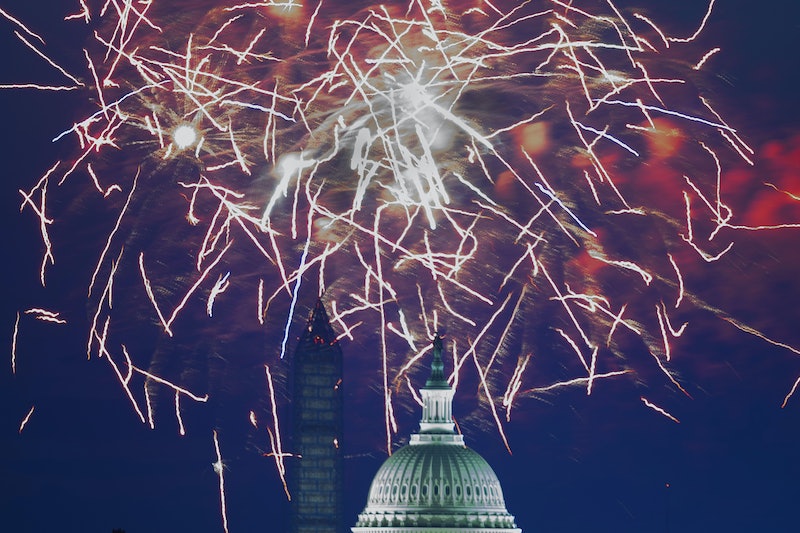 The Fourth of July is a time of nationwide celebration, and we see everything from barbecues to picnics, jazz festivals, and fireworks. But in 1776, when the United States declared its independence from Britain, it did so at the expense of Native Americans from whom land was stolen. The United States was established on principles of settler colonialism and the "Manifest Destiny" — proof that from the beginning, there was a desire for expansion, and with that came a sense of entitlement that has often pervaded American history. Therefore, as the United States enters its 239th year of independence on stolen lands, acknowledging and combating the continued discrimination faced by Native American populations is crucial.

Despite 1968's Fair Housing Act, housing discrimination rates today remain fairly high. On a systemic level, zoning measures are not supposed to allow discrimination in the housing process, but individual owners and landlords often use delays and other tactics to prevent Native Americans — among other marginalized groups — from renting or purchasing homes. As a result, the search for housing and home ownership has become more expensive for Native Americans. Simultaneously, housing discrimination contributes to ongoing racial and ethnic segregation.

Schools are another important point of contention. For decades, the U.S. government operated a number of federal boarding schools for Native Americans, but these often involved removing children from their homes and families and eliminating as much of their culture and language as possible. The goal of these schools was to Americanize and assimilate these children, but they essentially constituted an act of cultural genocide.

In order to push back against this, Native American leaders throughout the country have been working for decades to open and maintain their own schools for children in their communities, in order to provide them with a way to learn about their culture and heritage, but the process is a difficult one. In Chicago, for example, Native American community leaders, including philanthropist Louis Delgado, established the O-Wai-Ya-Wa ("a place of learning") School as a part-time elementary school for students. This way, students would be able to continue attending regular elementary schools, but they would also have a time to come together to learn about their shared history, one that was glossed over or misrepresented in standard curricula. But, according to Delgado, these students had to deal with limited access to resources, as well as local gentrification and a "public policy of desegregation" that they were often accused of violating by having this exclusively Native American school.

We were always considered contrary to the public policy of the day so there was always a struggle to get support from the school system and we just couldn’t get them on the [Chicago Public School] buses because they weren’t willing to do that, to help our students get to what they perceived as a somewhat segregated school.

Eventually, the school closed and was replaced by a transition program and resource center to continue working with Native American public school students.

Throughout all this, Native American populations constantly deal with cultural appropriation — from sports teams using them as mascots to people wearing traditional headdresses at Coachella. Cultural appropriation may seem insignificant, but taking on the parts of a culture that are "appealing" or "attractive" while not taking on the oppression and violence faced by marginalized people is a form of violence in itself. Ray Halbritter, a representative of the Oneida Indian Nation, spoke to The Huffington Post about this trend last year.

They're so desensitized, they think Indian people are not real people; our children and our concerns are not real to them. They don't think [the debate] is even real, they don't even think it's even worth bringing up or talking about. We're not human beings, we're not even part of humanity. And that's the problem. They think of us as just something to entertain them, or mascots — relics out of a museum.

Nearly 240 years after the United States declared its independence, it is clear that not everyone here is free. Native Americans' voices continue to be silenced as they are insulted, dislocated, and killed, and as we break out our ice chests and head to the nearest fireworks display this Fourth of July, we must seek out their stories and educate ourselves on the oppression and brutality they and other marginalized communities have faced since the founding of this country.