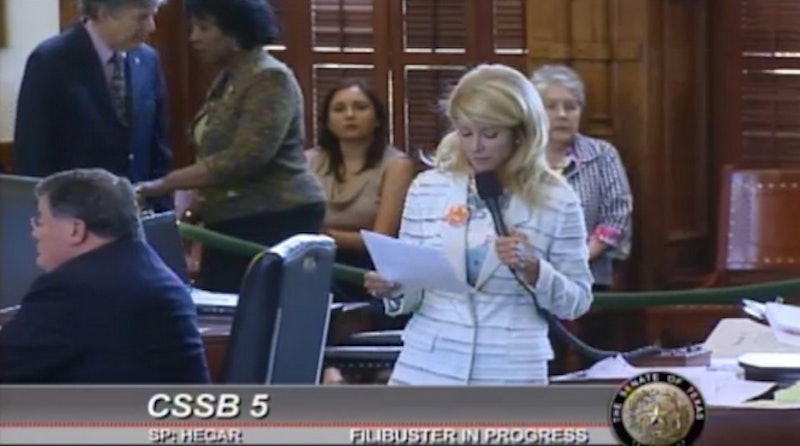 As Gawker points out, Davis is literally the only thing standing between Texas and the problematic bill, which would ban abortions after 20 weeks of pregnancy and shut down 37 of the state's 42 abortion clinics—a state that is 773 miles wide and 790 miles long.

Davis must remain standing for the entire 13 hours of the filibuster, and isn't allowed to so much as lean against a desk. She also must talk continuously and stay on topic. This afternoon, Davis recounted the stories of many other women who have gone through similar ordeals and took questions from both Republican and Democratic senators.

Her eloquence and resilience is incredibly moving. Tune in to watch and cheer Davis on.

Correction: An earlier version of this story stated that Sen. Davis shared the story of her own choice to get an abortion. That information was incorrect.