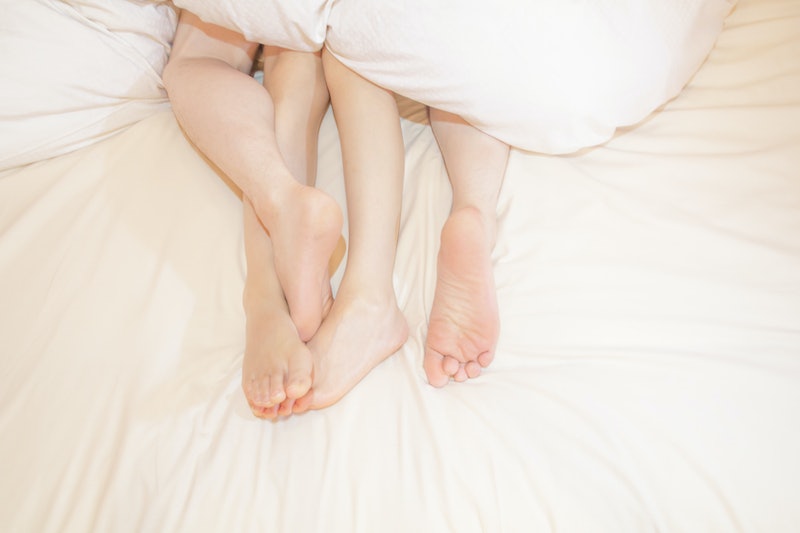 Some "renegades" in the field of couples therapy are bringing sex into counseling, The New York Times reports. Although couples therapy and sex discussion may seem like obvious bedfellows, discussions of sex have often been, counterintuitively, absent during couples counseling. The reasons for this may be that the two arenas, couples counseling and sexual counseling, developed as completely different strains, meaning that overlap between them was limited. Often relationships counselors often have no sexual training, as there are currently no requirements for sexual education in traditional counseling licensing. And the opportunities to receive sexual training are limited. According to The New York Times there "is only one certification program for sex therapists, the American Association of Sexuality Educators and Counselors, which means aspiring sex therapists may find access to courses and supervisors a challenge."

But luckily the increased acknowledgement of the importance of sex in relationships may help change this. Some therapists are now "emphasizing the importance of good sex in relationships and sometimes suggesting the radical idea that couples fix the sex before tackling other issues". This makes me so happy. I've said before that I don't think sexual satisfaction should be something you're made to compromise on in a relationship, but so often it's thrown to one side as not as important, and you're made to feel dirty or nympish if you highlight it as a priority for you. But not only is it important in itself, your sex life doesn't exist in isolation— it is often a microcosm or reflection of your relationship as a whole. And this is finally starting to be acknowledged.

So what are some of the new threads that are being promoted in couples counseling?

Cheating for some is the be all and end all. And yes, in some cases it is a sign of problems you just can't recover from. But that's just it— it's a manifestation of other issues in the relationship, and sometimes you can get over it. Esther Perel, author of Mating in Captivity, points out that "an affair is an act of betrayal and also an experience of expansion and growth...it is a relational trauma, but it isn’t a crime. The family can often come out of it stronger and more resilient, and often an affair will draw the couple out of a place of deadness.”

Dr. Tammy Nelson is the author of The New Monogamy: Redefining Your Relationship After Infidelity and doesn't believe that we should limit our idea of monogamy to the literal definition. Instead, she wants a flexible definition, that basically is whatever the couple wants, but they both have to be in agreement and comfortable. Then it can include anything— threesomes, free passes on holiday, whatever the couples likes. She says: "I describe monogamy as honest, perpetual dependency of some type... It can be whatever a couple wants, but it has to be fluid and flexible and the couple has to keep renewing it, like a license.”

Psychologist and sex therapist Margie Nichols, has long been catering to gay, lesbian, transgender, and kink communities, as well as more heterosexual couples. Her view is "G.G.G.,” which comes not from the annals of Freud but a 2006 column by the Seattle-based syndicated sex columnist Dan Savage. It means a person should strive to be good in bed, giving to the partner and game for anything — within reason." She finds that counseling couples from many different communities allows her to cross boundaries, for example encouraging more 'vanilla' couples to embrace the openness of the kink community. Let me make clear this is about the mindset, rather than suggesting any sexual practices they aren't comfortable with!

So what does this all mean? Well Dr. Nelson, who trains sex therapists, sees that more than just a handful of therapists, there is some general progress being made. She says that “as we get more really good couples therapists in the field of sex therapy it expands the field and we get more crossover.” And it can't happen soon enough. With sex being such an integral part of a relationship, at least in many couples, it's amazing that the disciplines have been so separate for this long. It's time that sex takes a center role in relationship counseling.