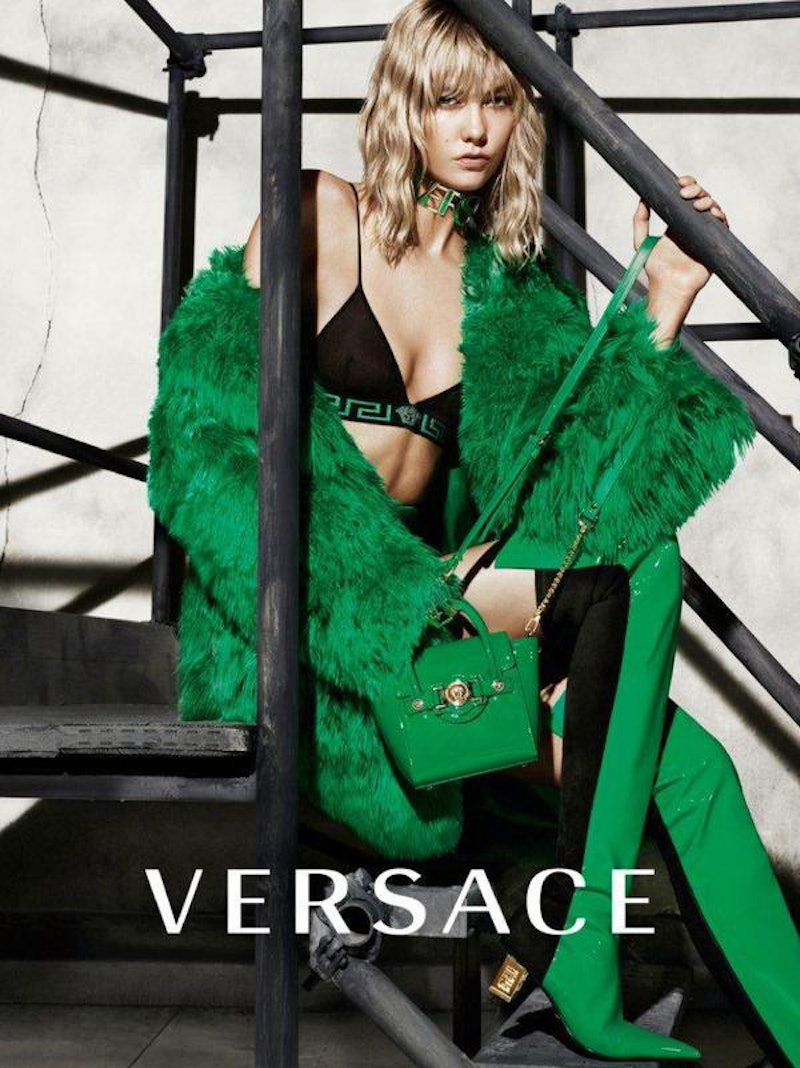 It's the most quintessential weekend of summer, the Fourth of July, but take a break from your beach fun to start thinking about fur, coats, and thigh high boots, because Versace released their Fall/Winter campaign (in full this time), and it's bright, beautiful, and really, really blonde.

After releasing a preview of the new Versace campaign in early June, the rest of the photos were finally released, and they are definitely as dynamic as the first bunch were. The Fall/Winter 2015 ads have a marked brightness to them, and it doesn't just come from the green, yellow, and red clothing. The campaign features three bright, blonde models, Karlie Kloss, Caroline Trentini, and Lexi Boling, and they look just about as sexy as you could imagine while all covered up.

Shot by photographers Mert Alas and Marcus Piggot, the ladies model the bold designs, including a green fur coat, dresses with cutouts, and some fierce striped tights. Donatella Versace told WWD, “My new campaign is pure Versace, remixed and revolutionized. The power of color, cut and the new #greek motif speak for themselves.”

And their voice is certainly heard in these ads. By the way, Karlie is totally rocking that platinum blonde hair.