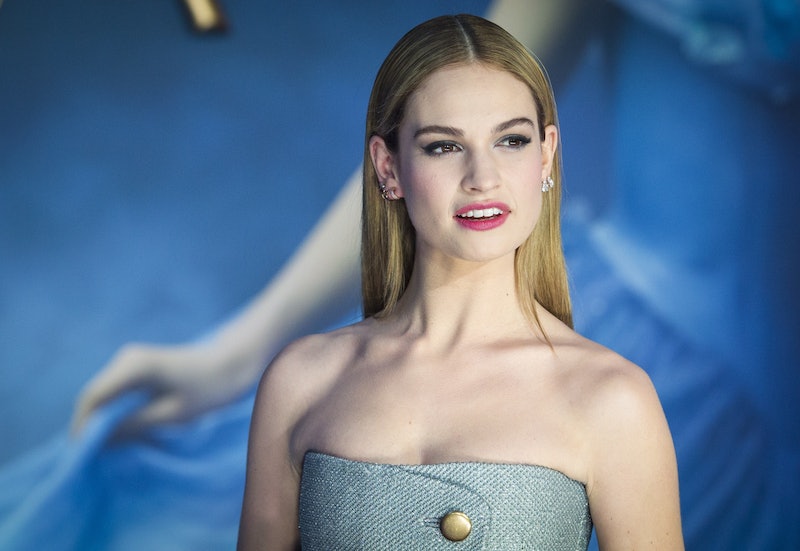 Who knew Jane Austen's most well-known female characters could be such badasses? The first photos from Pride and Prejudice and Zombies the film, an adaptation from Seth Grahame-Smith's novel of the same name have been released exclusively on Entertainment Weekly, and they make the movie look crazy good. Cinderella star Lily James tackles the main role as Elizabeth Bennett and the rest of the cast includes Sam Riley as Mr. Darcy, Bella Heathcote as Jane Bennet, Lena Headey (aka Cersei Lannister!), Matt Smith, and more. It's a blessing this film is even being made considering how long it had been stuck in development Hell.

The first news of the film was in 2009, months after the book's release, and Natalie Portman was to star and produce the adaptation and David O. Russell of American Hustle and Silver Linings Playbook fame was to write the screenplay and direct. Unfortunately Russell dropped out as director due to budget conflicts, and Portman left the project as well. Over the years directors like Mike White and Craig Gillespie were also attached to the film as was star Lily Collins. But finally the cast and crew were set with 17 Again director Burr Steers helming the project as Lily James took over from Collins. The movie will be released February 5th, just in time for a rather unorthodox way to spend Valentine's Day, and these photos will definitely compel you to see some classic ladies of literature take down a horde of zombies:

Here Elizabeth and Jane get ready for a fight:

And we also see our first zombie victim:

But of course there are some happy times as we know from the original Pride and Prejudice story.

This is going to be awesome.