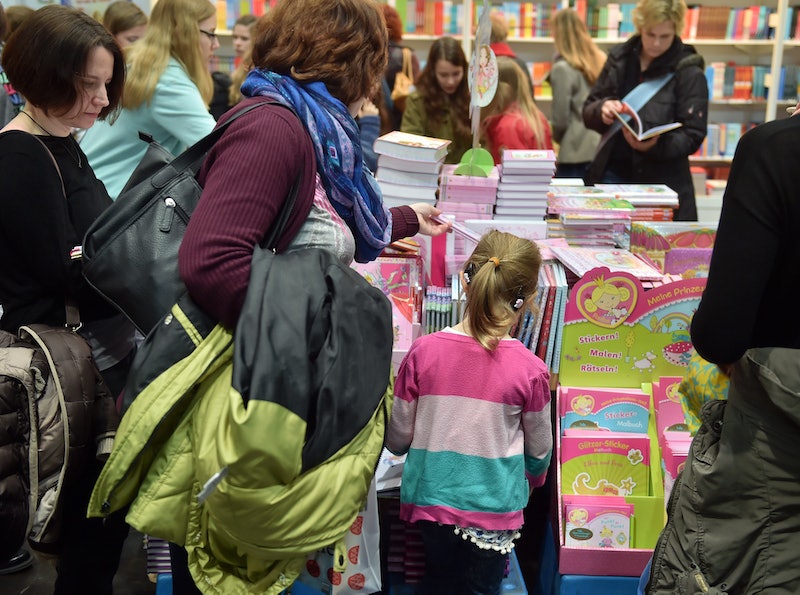 Gay marriage may now be legal 50 states, but that doesn't mean that homophobia is anywhere close to being over. Case in point: people in Granbury, Texas are trying to ban two LGBT-friendly children's books from the local library. So, clearly, full acceptance is a long way off.

The two books in question, My Princess Boy and This Day in June, are both picture books aimed at readers ages 4 to 8, and both focus on LGBT characters. My Princess Boy is about a boy who loves pink and wearing a princess tiara, while This Day in June is an illustrated look at a pride parade. The books were only recently introduced into the Hood County Library, but already the library has received more than 50 official complaint forms requesting the books either be taken off the shelves or moved out of the children's section. According to some complaint cards, the books promote "perversion" and "the gay lifestyle."

City Council member Rose Myers also takes issue with the books, telling local news outlets, "[If] the library would not move the books and keep them in an appropriate location, then they should be removed ... Can a 4-year-old understand the content of this book without the help of an adult? In my opinion, no!"

Library director Courtney Kincaid, however, is standing by the titles and their placement in the children's section. "The books have color drawings and have some rhymes," Kincaid said. "Lesbians and gays are in this community, and they deserve to have some items in this collection."

This is the sort of challenge that goes straight to the heart of why I am inherently suspicious of claims that books need to be removed because they are "too mature" for young readers. In this case, we have two books that are intended for a young age group, and there is nothing inherently "mature" about them. Yet, because of adults' own discomfort with and lack of understanding of LGBT people, they apparently assume that these picture books are not suitable for kids.

There is not only nothing wrong with being LGBT, but there is also nothing "mature" or "inappropriate" about it either, and representing LGBT people does not make a book unsuitable for children.

Children's books with LGBT characters have a long history of bans and challenges ever since one of the first such titles, Heather Has Two Mommies, was not only subjected to outrage on the local level, but was actually read as part of a Congressional hearing. Other titles, such as And Tango Makes Three, continue to make lists of most banned books in the U.S, and have faced trouble in other countries, as well. And it seems their struggles are not over yet.

Hopefully, the Hood County Library does not bow to pressure and instead keeps the books right where they are. The simple presence of the challenges, though, makes it clear that we still have a long way to go before LGBT people are accepted, unconditionally, everywhere. With luck, someday children's books with LGBT won't raise so much as an eyebrow, but it seems we're not there now.