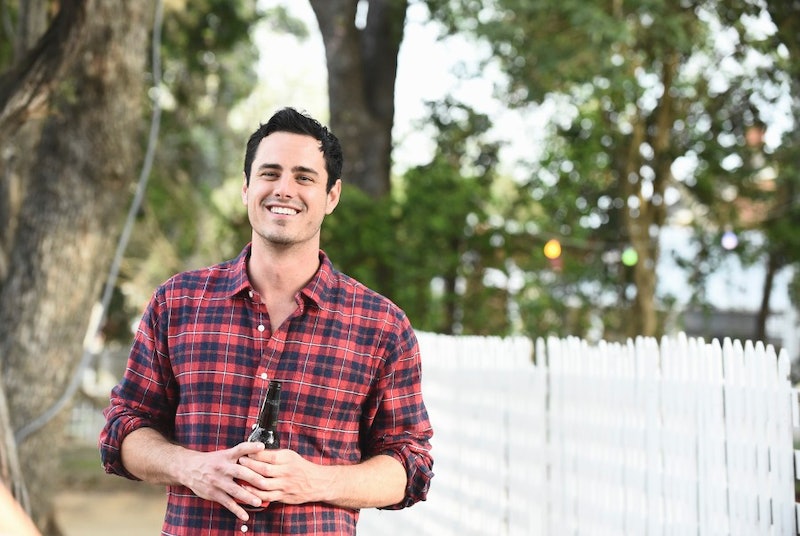 Kaitlyn Bristowe hasn't even chosen the "winner" of The Bachelorette Season 11, but already fans are buzzin' on who should be the next Bachelor. Even though some people are Team Jared and others are rooting for Ben Z., the clear choice is Ben H. Haters to the left, because this software salesman is perfect for the role. First of all, he's endorsed by the Bachelorette herself! Bristowe told PEOPLE that she thinks Ben H. should be the next Bachelor. [UPDATE: According to E! Online, Ben H. has been selected as the 2016 Bachelor.]

“I think he’s just a well-rounded and solid guy who knows what he wants,” she said. “Even though he is only 26, I feel like he’s a very mature 26. He is such a gentleman, he’s funny…he’s a really, really, really, solid guy, and, he’s extremely handsome.” I totally agree. Admittedly, there are some other worthy candidates, but none of them are quite as well-rounded and likable as Ben H. The Bachelor needs to hit its stride again, especially following the disastrous Juan Pablo Galavis and the snooze-worthy Chris Soules. (Sorry, guys!)

However, Ben H. is just the right amount of everything, not to mention that he's totally adorable. (Example: His worst date fear is "eating something that doesn't agree with me and then sitting through the entire date fighting a stomach ache.") Still not convinced? Here are seven reasons I'm rooting for Ben H.

I was very impressed by his impromptu two-step.

I loved that he could be honest about his past relationships.

He gets Shark Week, guys. He gets it.

5. He Dedicates His Time To Great Causes

A charitable Bachelor is an amazing Bachelor.

6. He Handles Awkward Moments With Grace

Bristowe's off-camera moment with Shawn must have been awkward, but Ben H.'s response was the epitome of class.

7. He's In Touch With His Masculinity