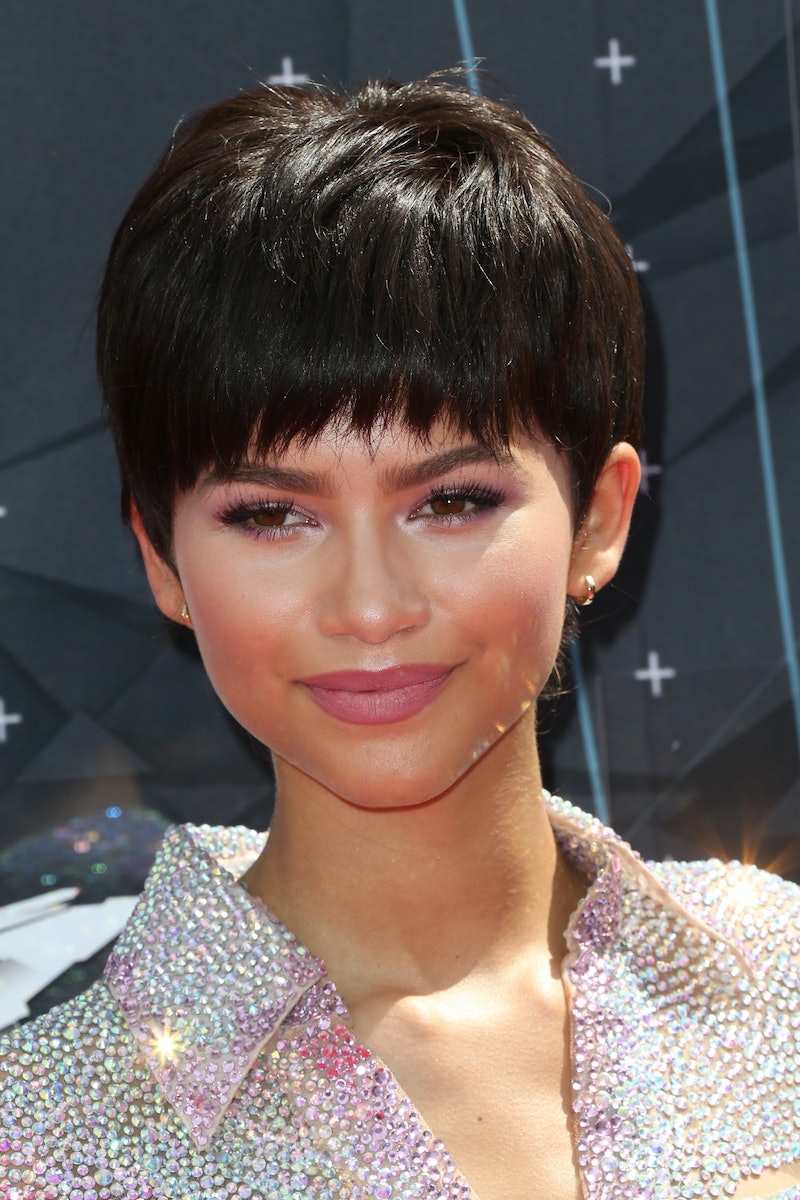 Well, this is exciting news: Disney Channel star Zendaya recently hit the studio with legendary songwriter Diane Warren, presumably to record material for her upcoming sophomore album. How exciting! The 18-year-old singer/actress (who has a cameo in Taylor Swift's "Bad Blood" music video) made a splash on the Billboard Hot 100 chart with her infectious single, "Replay," back in 2013 — but she's still on the hunt for her first major hit. Could teaming up with Warren be a game changer for Zendaya? It's certainly possible. After all, Warren has a proven track record of success.

If you're not familiar with Warren yet, here's basically everything you need to know about her: she's awesome. OK, OK, I’ll elaborate: She's a Grammy Award winner (and seven-time Academy Award nominee), she’s worked with everybody from Beyoncé to Justin Bieber, and she's the writer behind a ton of amazing songs you already love (you just don't realize it). In all honesty, I'm not sure pop artists can truly say they've "made it" in the music industry unless they've spent some studio time with Warren. Yes, she's that good. But you don't have to take my word for it — her discography speaks for itself!

Here are 11 of Diane Warren's best songs that'll definitely get you hyped for her upcoming collaboration with Zendaya:

Céline Dion — "Because You Loved Me"

This one takes me back.

Aerosmith — "I Don't Want To Miss A Thing"

LeAnn Rimes/Trisha Yearwood — "How Do I Live"

As I'm sure you're starting to understand, ballads are Warren's specialty.

What an iconic chorus.

Cher — "If I Could Turn Back Time"

Inspirational cheese at its finest.

Whitney Houston — "I Didn't Know My Own Strength"

Such a beautiful song.

More like this
Taylor Swift, Kerry Washington & More Speak Out On Uvalde Mass Shooting
By Jake Viswanath
Justin Bieber Just Added Another Date To His UK Tour
By Sophie McEvoy
Selena Gomez Reacts To TikTok Users Who Say She Shaded Hailey Bieber
By Grace Wehniainen
Harry Styles Performed A Snippet Of Taylor Swift’s “22” & The Crowd Went Wild
By Jake Viswanath
Get Even More From Bustle — Sign Up For The Newsletter