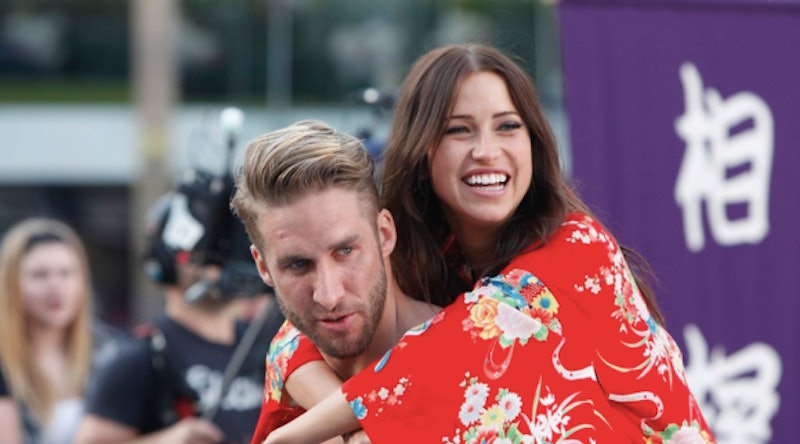 Well, the moment I've been dreading on The Bachelorette is finally here, and it was every bit as painful as I imagined. Remember that time Kaitlyn slept with Nick after a one-on-one date and the world freaked out about it? Ever since then, Kaitlyn's obviously felt guilty about "getting intimate" with someone when she has connections with other guys who are still in the running — especially Shawn, who has recently been super insecure about his relationship with Kaitlyn and about competing with the other guys. And even though she totally didn't have to, on this Monday's installment, Kaitlyn told Shawn that she slept with Nick.

After a group date with Nick, Joe, and Shawn (and Joe leaving when Kaitlyn admitted she just wasn't feeling it) Kaitlyn decided to send Nick back to the hotel and hang with Shawn a little longer, and that's when the bomb dropped. It's obvious that it was really hard for her to be so honest with Shawn about something he definitely didn't want to hear, and her speech was direct, to the point, and as good as it could have been in that situation. She said:

I just know that I want to be honest with you and I know your biggest thing is trust ... I don't want you to find out later ... I had that one on one date with Nick at night we went back to my place and I just feel like it went too far and it's hard for me to admit it but we had sex.

Well, there you have it. And even though Shawn was visibly thrown for a loop, I have to hand it to Kaitlyn. She felt that Shawn should have all of the facts if he was possibly going to spend the rest of his life with her, so she gave them to him.

I am always and forever #TeamKaitlyn for that reason, since she's done her best to be honest without leading anyone on from the start. High five, girlfriend. If only every Bachelor and Bachelorette was this cool.