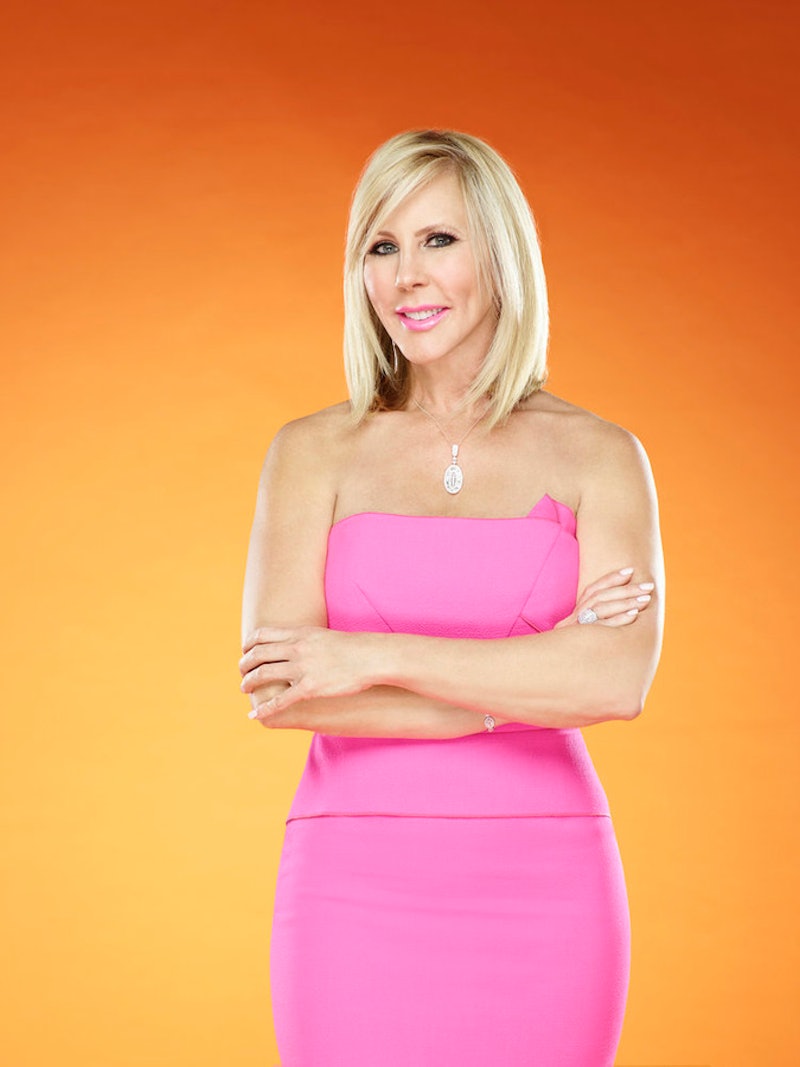 In some cases, reality shows can feel very unreal. But things got very real on Real Housewives of Orange County , when Vicki Gunvalson learned her mother died on camera. Say what you want about Vicki, but the original housewife’s tragic news is something that will make you relate to Vicki on a very human level. I’ve watched every season of the Real Housewives franchise, and I can’t remember a moment as raw, real, and heartbreaking as watching Vicki breakdown on the floor of the kitchen after receiving the phone call about the news of her mom’s passing.

While at Shannon’s game night, Vicki removed herself from the group to take a phone call. Suddenly, an upset Vicki is heard saying, “What happened?” and then she collapses to the ground. In between sobbing, we learn that Vicki's mom was found in her bed. Shannon excused herself from game night and found Vicki broken down in the kitchen.

"I wasn't ready to stop learning from my mom," Vicki says in a talking head interview, "She teaches me so many things all the time." Vicki also mentions how her mother's passing scares her about Brooks, who is dealing with cancer on the show currently. It was one of the toughest moments to sit through on the show, and really put a lot into perspective when it comes to what is important in life (and for the Housewives).

"This group isn't perfect," Heather says, "But when push comes to shove, we're friends." The support the other Housewives showed Vicki after the news was warm and supportive. Old and new friends were there for her, and it really showed Vicki how loved she is.

I love Vicki — she's an OG of the show, and deserves to be treated like one — but even people who might not necessarily be Team Vicki have got to feel the pain that Vicki is going through during this heartbreaking time. Her vulnerability on camera seems almost wrong to be watching, since it is such a personal moment, but hopefully Vicki knows that fans are supporting her in anyway they can, and that they absolutely adored her mother's "spunk" as Vicki put it.