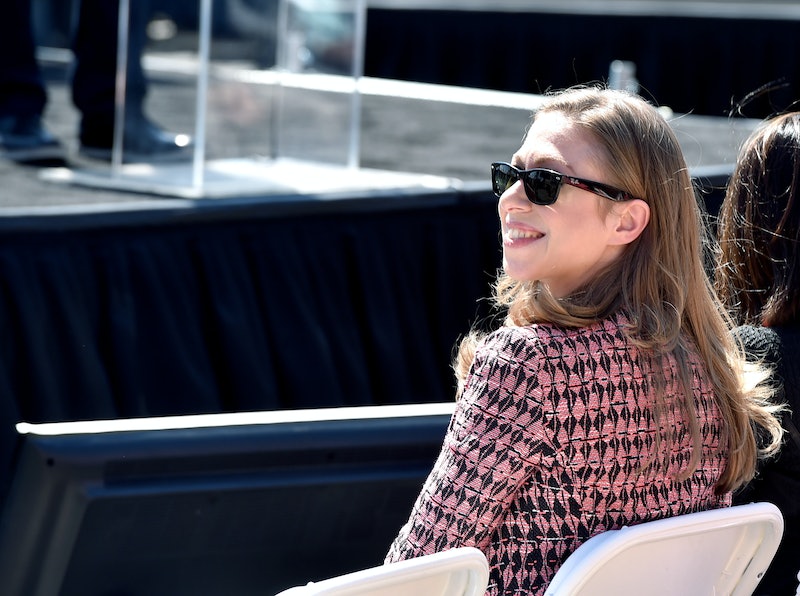 Like mother, like daughter? At this point, it's no secret that former President Bill Clinton and his now-candidate wife, Hillary, have made some expensive speeches. Less talked about is the going rate for an appearance by the couple's only daughter, Chelsea. So just how much does Chelsea Clinton get paid in speaking fees?

In February 2014, Chelsea made a brief appearance at a gala luncheon at the University of Missouri in Kansas City. The event, which marked the opening of a women's hall of fame, required her to speak for 10 minutes, participate in a Q&A session for 20 minutes, and take photos with VIPs for about 30 minutes. For this, Chelsea received $65,000 in speaking fees from the university, according to The Washington Post.

The university reportedly sought Hillary for the event, but her $275,000 fee proved to be out of reach for the public institution, which used private donations to pay for Chelsea's appearance. It's not the first time that Hillary's speaking fees have raised eyebrows. Back in May, The Washington Post reported that Bill and Hillary made more than $25 million for delivering 104 speeches since the start of 2014, which averaged out to more than $240,000 per speech.

The Clintons have often donated these funds to their foundation, the Bill, Hillary, and Chelsea Clinton Foundation, although plenty of the fees went toward lifting the family out of their "dead broke" conditions after leaving the White House, as Hillary once described.

For her part, Chelsea apparently donated the money from the University of Missouri appearance to the foundation. According to the report by The Washington Post, Chelsea has delivered nine such speeches in recent years in support of the Clinton Foundation, raising between $370,000 and $800,000 (the foundation only releases ranges of its donations). Either way, that averages out to between $41,000 and almost $89,000 per speech.

According to a Forbes/Statista report, which estimates Chelsea's speaking fees at $75,000, the former first daughter falls just outside the top 10 highest-paid political speakers. The ranking has her tied with former Vice President Dick Cheney. She's one of just four women to make the list, along with her mother, and she's by far the youngest person in the crowd.

Fortunately, for the hefty price tag, Chelsea brings more than just her family's name to these speaking engagements. Officials at the University of Missouri said that Chelsea's involvement created buzz in the community and bolstered the success of the event. Chelsea oversees much of the Clinton Foundation's work, and she was previously a special correspondent with NBC News.