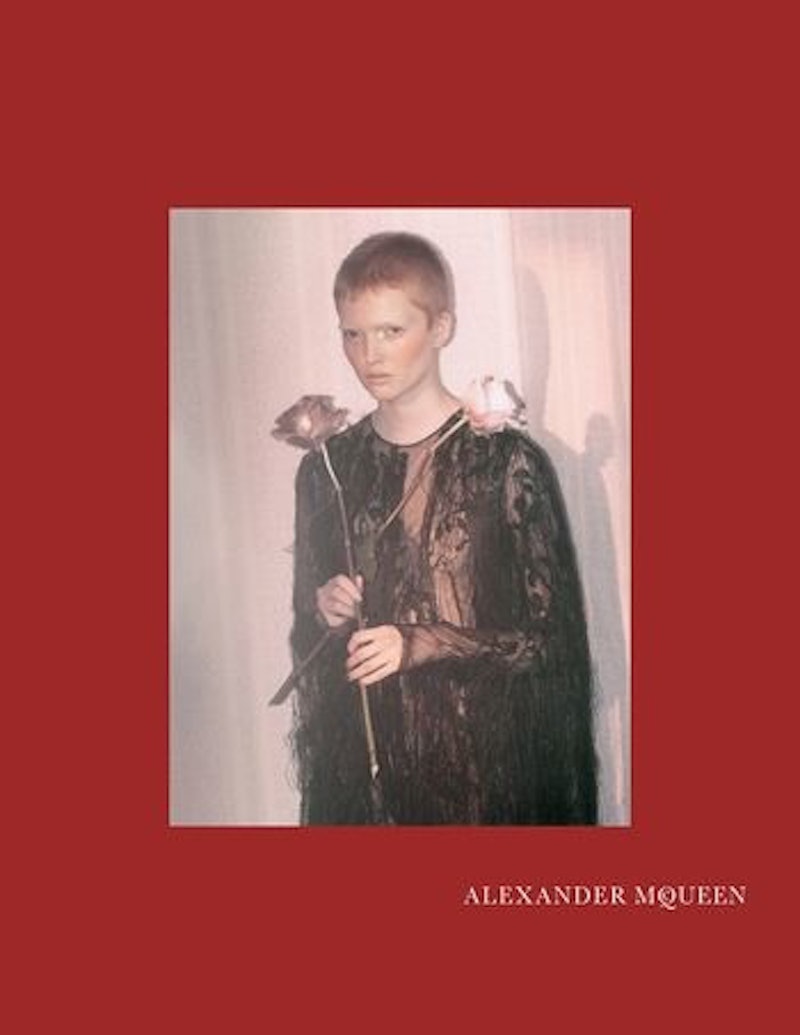 Mia Farrow's pixie in 1968's Rosemary's Baby has earned iconic status since its debut in the terrifying (and thrilling) film. The super short 'do is constantly pointed to as a memorable moment in fashion and beauty, and Alexander McQueen's feminine Fall 2015 campaign takes some of its romantic inspiration from that era and its aesthetic, featuring a model with the same hairstyle. The images also boast a '60s and '70s styling. The result is romantic and creepy cool.

According to Women's Wear Daily, the brand was aiming for a campaign that advanced a distinctly feminine vibe all the while celebrating individuality. I can confidently say that they've succeeded in that goal.

Ruth Bell, Julia van Os, and Jamilla Hoogenboom appear in the campaign. In the images that have been already released, the models appear solo, are elegant, and project quiet strength in multiple ways.

Of course the clothes are stunning because the McQueen point of view is always fierce, feminine, and strong. Black dresses with ornate detail? It's all there.

The long, black lace dress is equal parts romantic and soft. Add the close-cropped hair, coral-blushed cheeks, and pale pink roses and you've got a stunning presentation that is almost unsettling in its starkness.

Seeing the model posed on her own in the corner of a rather minimally decorated, wallpapered room populated by only a couch adds a distinctly '70s energy.

Her frock is so feminine. But she projects strength in her singularity and in standing alone. She is the sole focus. That's not a comfortable situation for a lot of people, but this beauty doesn't seem to notice or care about the camera. She is too busy inhaling the scent of the flower.

While she may be wearing a scowl on her face, she is still softened by the makeup, the flowers, and the fact that her pixie shows off all of her features. There is not hiding behind hair here.

There is strength in allowing one's features to be the focus. As someone who views hair as a protective shield, I admire anyone who can pose like this.

Here's the undeniable source of inspo. It's so obvious. Plus, Rosemary was a bit of an anti-heroine, questioning her husband and neighbors actions in relation to her and her unborn baby! In some ways, she was going it alone while pregnant and beautiful.

The high collar and the keyhole bodice of this dress are strong details. But she's ladylike while on her back and on her own.

You can stare at these images for a long period of time and experience what the McQueen brand was going for. I certainly pick up on the elements of feminine and individuality. But I also love the subtle nod to decades past, from the Mia Farrow hair of the late '60s to the decor of the '70s.