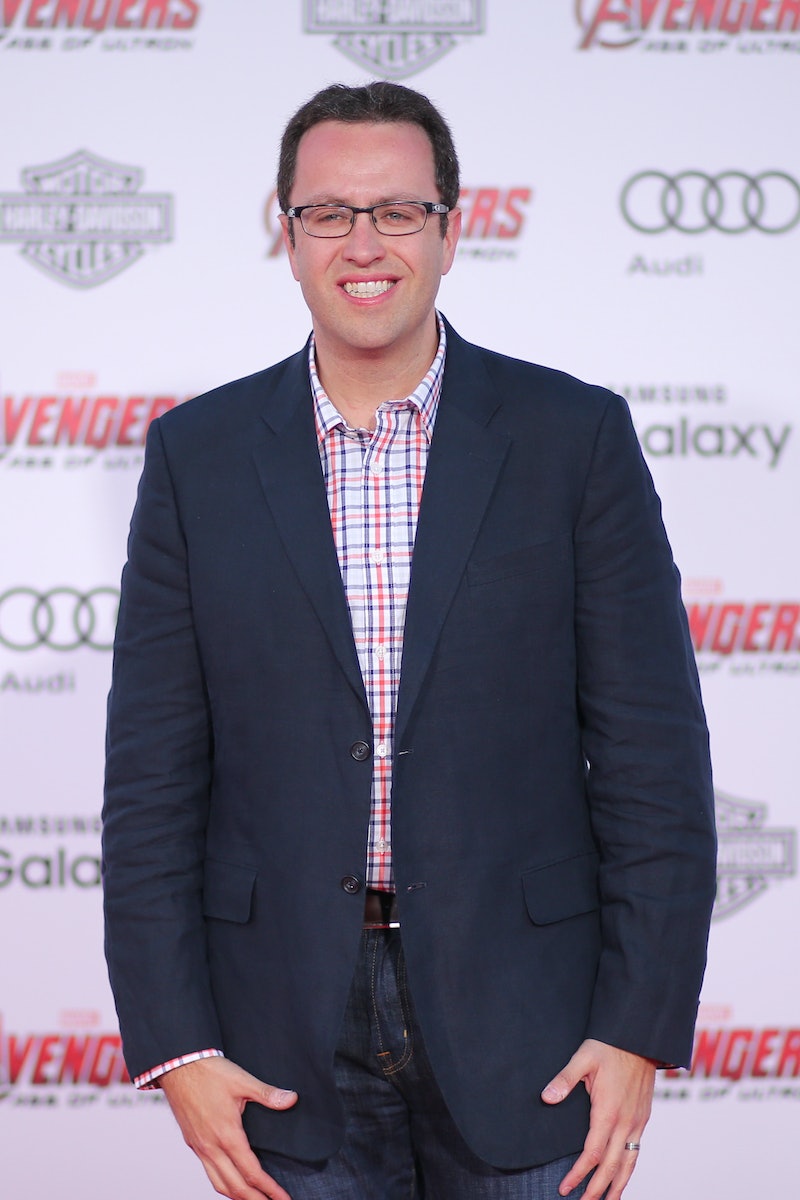 Perhaps the greatest walking advertisement in history, Jared Fogle became the face of sandwich chain Subway after losing a significant amount of weight on a Subway-only diet in college. Over the years, he's starred in hundreds of Subway commercials and has become an inspiration to millions. But that wholesome, inspirational image is being threatened now as the FBI raided "Subway Jared" Fogle's Indiana home on Tuesday in connection to a child pornography case that involved the director of Fogle's charitable foundation. A law enforcement officer told CBS that Fogle is a suspect in an investigation into child pornography.

FBI, state police, and U.S. Postal Service investigators arrived at Fogle's home in the Indianapolis suburb of Zionsville early Tuesday morning around 6:30 a.m., according to a report by The Indianapolis Star. The newspaper reported that there was an evidence truck parked in Fogle's driveway, and that the spokesman could be seen entering and leaving it as authorities transported electronics from his home to the vehicle for examination.

FBI spokeswoman Wendy Osborne confirmed to the press on Tuesday morning that the agency was conducting a criminal investigation, but did not reveal any further details.

The raid comes two months after Russell Taylor, the former director of Fogle's child obesity charity, the Jared Foundation, was arrested on federal child pornography charges, which include seven counts of production and one count of possession of child pornography. Authorities were able to make the arrest after being tipped off by a woman who says Taylor offered to show her pictures of children.

In the wake of Taylor's arrest, Fogle released the following statement:

I was shocked to learn of the disturbing allegations against Mr. Taylor. Effective immediately, the Jared Foundation is severing all ties with Mr. Taylor.

As the investigation continues, it's unclear whether Fogle had any involvement in Taylor's charges, but what we do know is that the Subway spokesman is one of the greatest success stories in advertising history.

Fogle once weighed 425 pounds as a business major at Indiana University, but after committing himself to eating nothing but Subway sandwiches for a year, he lost a whopping 245 pounds. Fogle's diet story was first reported in The Indiana Daily Student, then picked up by Men's Health, and soon caught the attention of Subway's execs, who clearly saw dollar signs when reading about Fogle's incredible weight loss.

In 2000, Fogle filmed his first commercial for Subway, promoting the now-infamous Subway diet. By 2013, he had filmed more than 300 commercials for Subway and marked the 15th anniversary of his weight loss. In those 15 years, he had amassed a net worth of $15 million, traveled all over the country giving talks on health and fitness, and made countless appearances on behalf of Subway.

Subway's Chief Marketing Officer Tony Pace told The New York Daily News that Fogle is "woven into the fabric of the brand," and even credited the spokesman for one-third to one-half of Subway's sales growth between 1998 and 2013.

As the federal investigation into Fogle's involvement continues, it remains to be seen how his close entanglement with the Subway brand will affect sandwich sales.