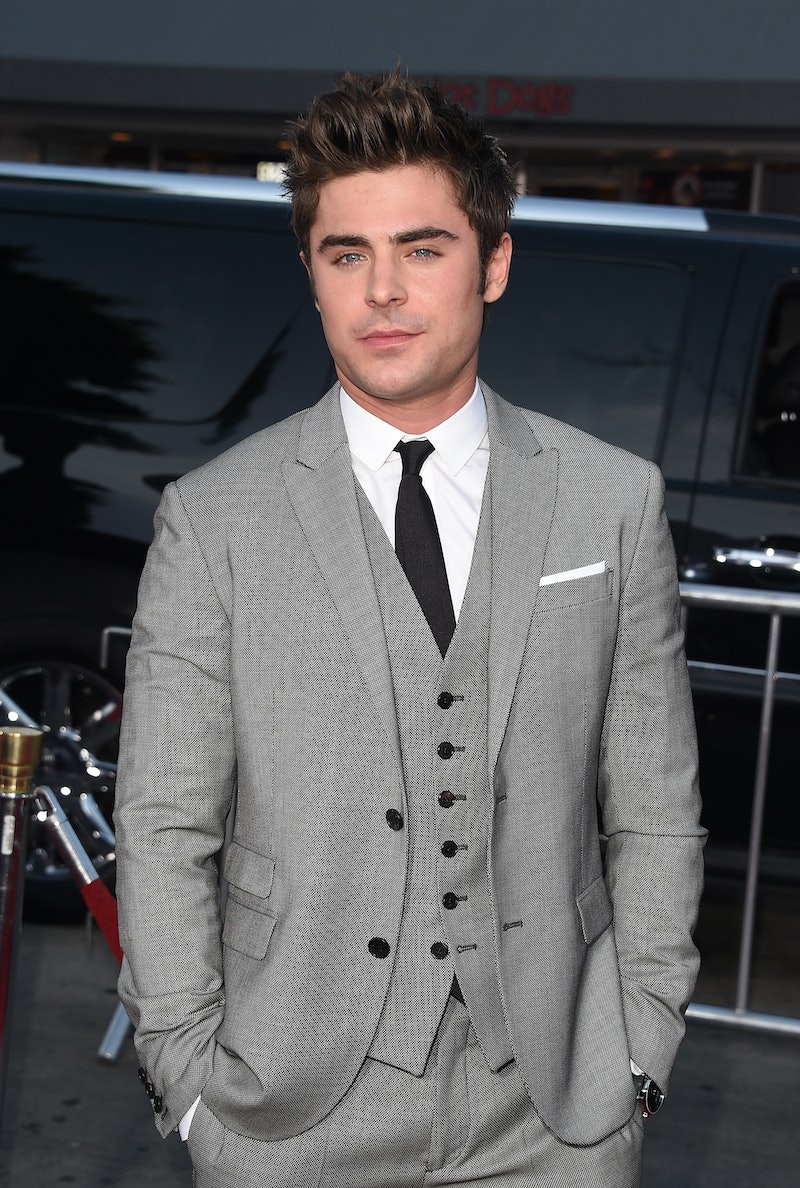 If you don't know that Zac Efron has a brother, you are completely forgiven. After all, the actor is somewhat private when it comes to discussing matters of his personal life. Also, he is not the most active celebrity out there on social media. Plus, his brother has not followed in his elder sibling's footsteps to Hollywood. But in an Instagram posted on Monday, Zac Efron confirmed that he does indeed have a younger brother, Dylan Efron, and well, let's just say good looks run in the family.

But Dylan, much like his older brother, has more than just good looks to offer. Though the 23-year-old does not seem to be interested in becoming a celebrity and not much information has been released about what he does for a living, we know enough about their bond to know that he is a dedicated sibling. Zac certainly makes an effort to give his brother a shout-out whenever he is feeling the brotherly love, including sharing a poem Dylan wrote when he was younger and opening up about how the younger Efron supported him through his addiction struggles.

As if stealing the hearts of fans worldwide was not enough, now Zac is giving everyone sibling goals along with his brother, and there are plenty of reasons why.

Did the Neighbors star know he was about to light a firestorm of goo-goo-eyed fans on Instagram when he posted this snap of Dylan giving him a piggyback ride on a Hawaii beach? Well if he didn't know before, he definitely knows now. Since posting the shot, it has racked up almost a half a million likes, with comments from followers such as "If only they had a drooling emoji."

On a more sensitive note, Zac recently posted a blast from the past in the form of a poem his brother wrote all the way back in the sixth grade. Obviously, there seems to have been a classic love-hate sibling relationship going on, as well as some grapples on Dylan's part to come to terms with his big brother's fame. But judging from the piggyback ride post, he seems to have gotten past that and put more emphasis on the love instead of the hate. Phew!

Even when they were tots, it seems like they did not mind sharing the frame in this sweet picture Zac shared of he and his brother with their dad for Father's Day. Just check out the adorable grins on their faces (not to mention the great '90s haircuts and collars). It would be hard to believe that either of them ever went through an awkward phase.

In a 2013 interview with Metro UK, Zac said that he turns to his little bro during the tough times. "My family’s my rock," he said. "I know that they’re not going anywhere. More and more I rely on my little brother to keep me grounded. He’s 21 now."

Now we just have to wait and see if Zac keeps sharing more snaps of his sibling.