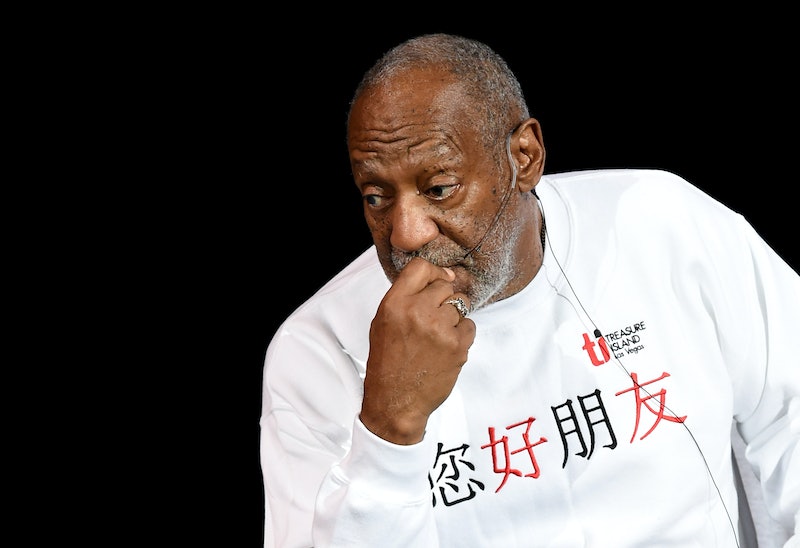 Methaqualone, a sedative drug popular in the '60s and '70s, has become the subject of scorn once more, after it emerged that Bill Cosby admitted in 2005 to buying Methaqualone, or Quaaludes, to give to women. Cosby has been the subject of numerous rape charges, and according to CNN, new documents from a 2005 lawsuit filed by alleged victim Andrea Constand reveal that Cosby admitted in a deposition to giving the drug to women he wanted to "have sex with." The Associated Press went to court for the case documents, and they were released Monday. They reveal that when Constand's attorney asked if Cosby got the pills for the purpose of giving them to young women he wanted to have sex with, he said, "Yes." But just what are Quaaludes?

Basically, Quaaludes are part sedative and part sleeping pill. They work similarly to barbiturates. In a light dose, the pills induce sleepiness. With a heavy dose, they create euphoria and drunkenness. Mixed with alcohol, they induce a sleepy high. In addition, side effects include a decreased heart rate, low blood pressure, and decreased movement. Although they used to be prescribed for sleeping problems, users got them through unlawful prescriptions or even by breaking into factories and warehouses. Today, the only way to get the pills is through underground laboratories or by going to other countries.

The pill originated in India during the '50s, but was made in the United States in the '60s. Women often took it for their nerves and sleeping problems. Recreational abuse became a problem in the '70s. The drug was popular among metropolitan partiers and unethical physicians. In 1973, they became a Schedule II Controlled Substance, meaning they have a high potential for abuse. In 1981, the Drug Enforcement Administration stopped all production in the United States.

Although it was originally believed that Methaqualone was not as addictive as most barbiturates, it can be extremely addicting after taking it for a few weeks. Addicts often face rapid heart rate, loss of muscle coordination, loss of appetite, vomiting and nausea, depression, anxiety and paranoia, suicidal thoughts, hives, comas, convulsions, organ damage, and more.

The danger doesn't stop with addiction. Quaaludes have a dark history surrounding sex and sexual assault. Hugh Hefner is famous for allegedly giving out Quaaludes to his 1970s-era Playboy bunnies to get them in the mood for sex. In a 1977 high-profile case, film director Roman Polanski was accused of drugging 13-year-old Samantha Geimer with Methaqualone before sexually assaulting her.

It's nearly impossible to get Methaqualone today, diminishing its use. Instead, criminal perpetrators use drugs like Rophynol, MDMA (aka Ecstasy), Ketamine, and gamma-Hydroxybutyric acid (GHB). Rophynol causes a similar effect to Quaaludes, and is even sometimes nicknamed the "Poor Man's Quaalude" or "Quaalude of the 1990s."

Although Quaaludes are no longer much of a threat, that's really only because they are not available anymore. They have serious side effects and can be a tool of people with nefarious intentions.