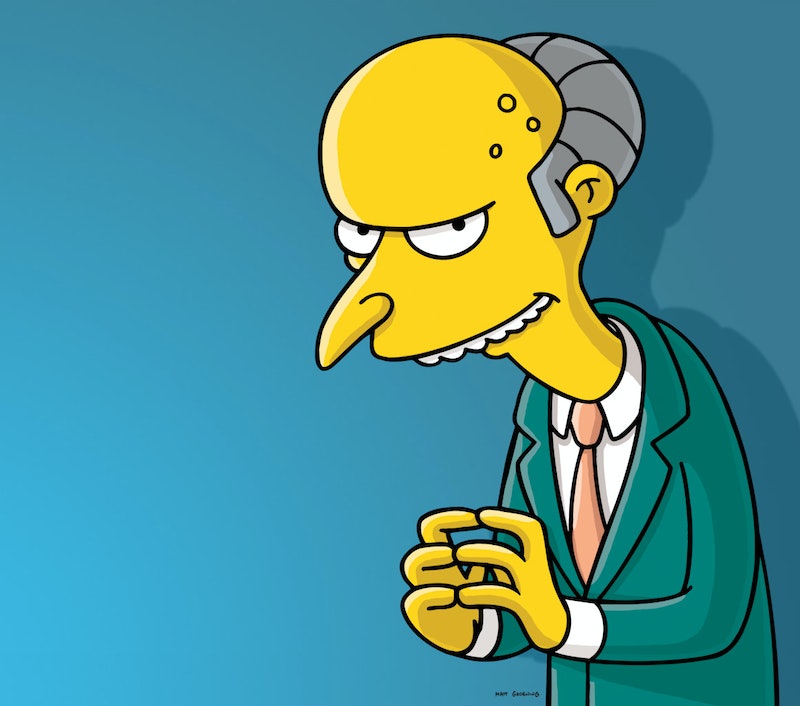 Exxxxxxcellent. Harry Shearer, the voice of Mr. Burns, will not be leaving the seminal animated sitcom The Simpsons after all. Seven weeks ago, he tweeted, "from James L. Brooks' lawyer: 'show will go on, Harry will not be part of it, wish him the best.'" But, it looks like he and the producers have reached a deal. Entertainment Weekly reports that the amazing voice behind such characters as Mr. Burns, Ned Flanders, Smithers, Shearer is rejoining The Simpsons, and fans couldn't be more excited about it.

EW explains that the primary voice actors have signed deals that run for the next four seasons, and are estimated at more than $300,000 per episode. Not too shabby. Shearer's departure would have meant no more Mr. Burns, Flanders, Smithers, Seymour Skinner, Eddie Muntz or Sratchy, among many other characters, which obviously would have been bad news for long-time fans of the show. He could have been replaced by someone else, particularly a really astute impressionist, but there's no way that it would have been the same. The voices might have sounded alike, but our hearts would know the truth.

This is a relief, as many fans have taken to Twitter to express. Whether you're a longtime fan, lost touch with the show, or just don't want Ted Cruz to voice any of the characters, Shearer's return is a cause for celebration.