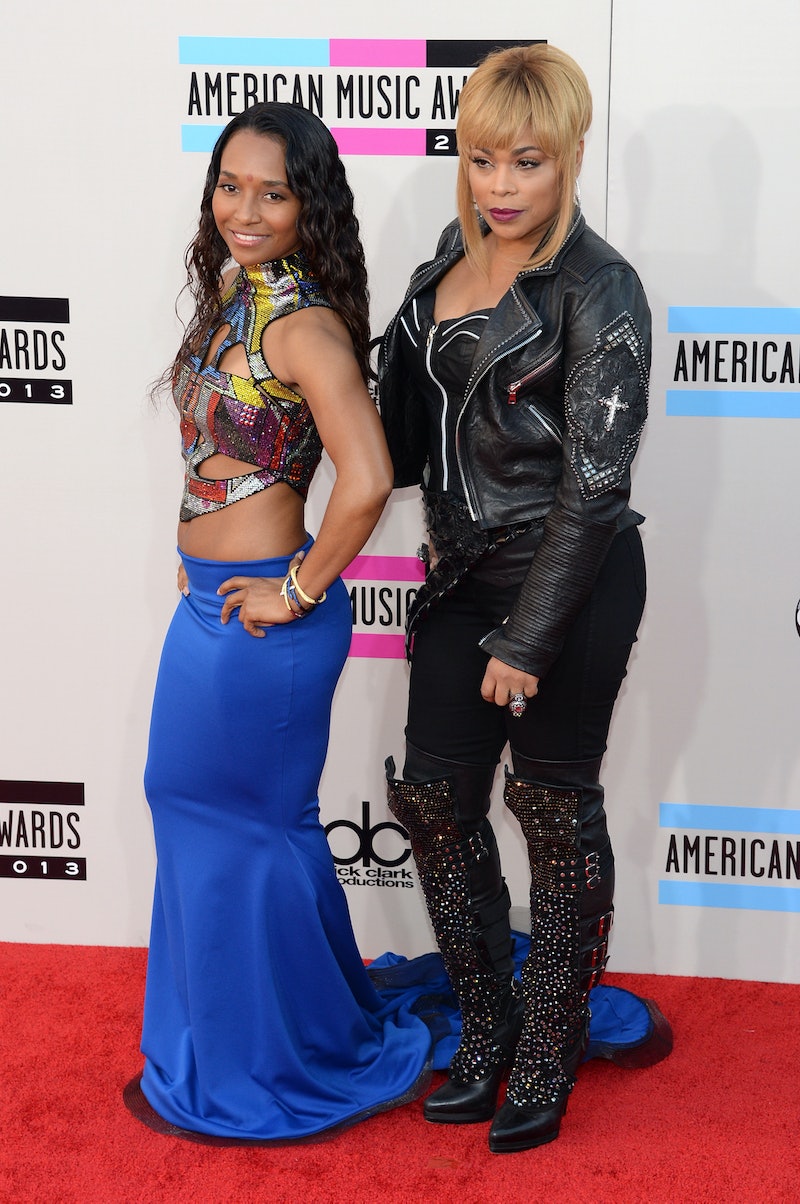 There seems to be an awards show trend this year of bringing back our favorite musical groups of the late '90s/early '00s for matching-outfit musical career reprises. And so it was the TLC performed "Don't Go Chasing Waterfalls" at the American Music Awards tonight. And it soothed our ravaged souls.

I didn't know I missed white fringe, corset tops, or bustiers, but I definitely do. I might not know that if it were not for TLC's performance, and for that I am...grateful? Yeah, let's go with grateful.

The performance started with the women splashing in water, at which I point I screamed (internally, so as not to startle my family) "OMFG DON'T GO CHASING WATERFALLS HELL YES THIS IS MY JAM" at the top volume that one can scream internally. And I am glad I did, because it allowed me to fully sink into the '90s realness that was that performance.

Honestly, there's not that much depth to be had in a briefing of this performance, but really, what do we need these days other than blind, excited, hyped-up nostalgia?

Oh, and the knowledge that Leonardo DiCaprio once had sex to this song. That's important too. Here's what The Daily Mail recently reported about DiCaprio's '90s dalliance with "Cherry Pie" music video "star" Bobbie Brown :

They met in the VIP lounge of the Grand Ville club in Hollywood and Brown felt that her ‘inner GILF was ready to party’ so invited him to her house.

They put on TLC’s ‘Waterfalls’, started kissing and undressing themselves on her bed.

Emphasis ours, because Leo DiCaprio put on TLC’s ‘Waterfalls’ and then started macking on a lady.

Thank you, TLC, for making an image of that moment so much better than it ever would have been without that song.

More like this
22 Movies On Netflix That Are Perfect For The Whole Family
By Bustle Editors
Now That 'Renaissance' Is Here, Let’s Revisit Beyoncé’s First Solo Album From 2003
By Grace Wehniainen
A Look Back At Issey Miyake’s Most Iconic Designs
By Dominique Norman
Jennette McCurdy’s First Kiss On 'iCarly' Didn’t Go As Planned
By Bustle Editors
Get Even More From Bustle — Sign Up For The Newsletter