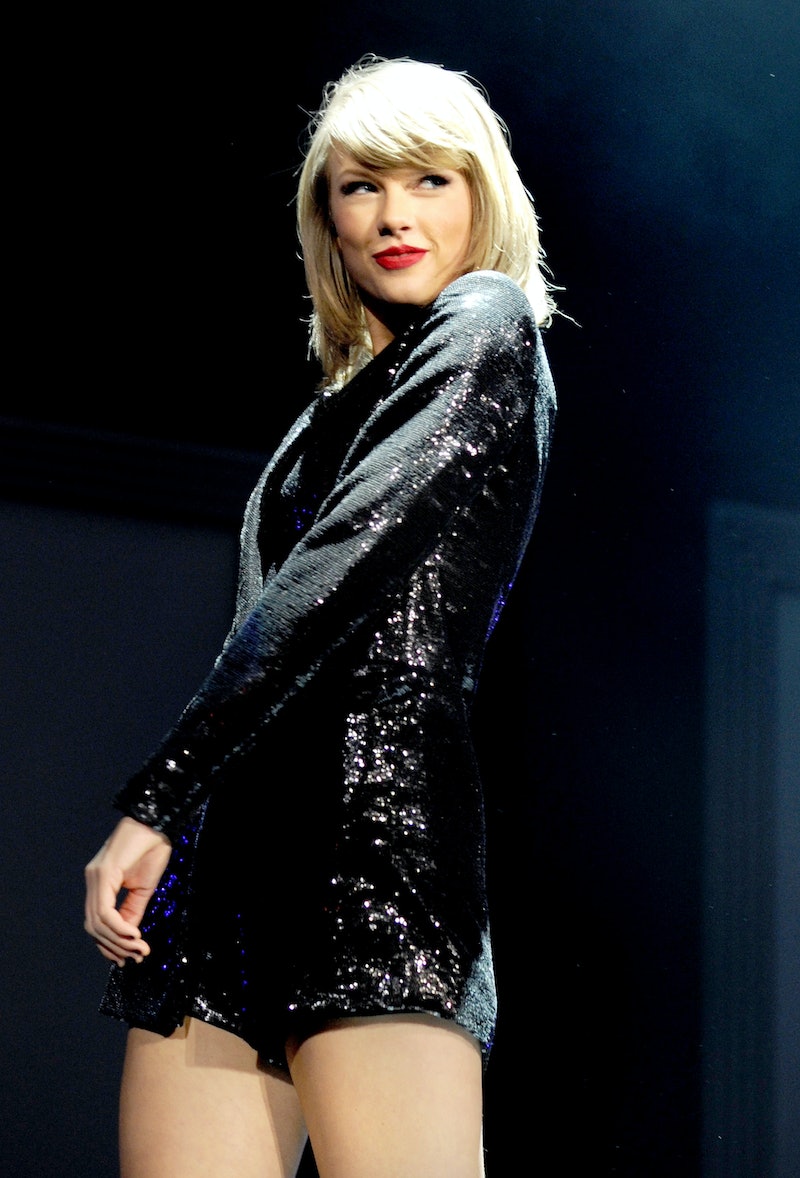 She's unstoppable: On Monday afternoon, Taylor Swift broke another major record as her "Blank Space" music video became the fastest video to reach one billion views on Vevo. Damn. That Swift reign just won't let up! As you might recall, the 25-year-old singer-songwriter also broke a Vevo record in May when her action-packed "Bad Blood" visual attracted 20.1 million views in only 24 hours. IN ONLY 24 HOURS. Can you even believe it?

These days, when she's not palling around with Calvin Harris and her ever-expanding group of famous super-friends, you can find Swift playing sold-out shows on her 1989 World Tour. You know, casual. Oh, and "Bad Blood"? Yeah, it just notched its third consecutive week at No. 1 at pop radio. You know, no big deal.

I wonder what records Swift will break next?

Now, I'm not trying diminish her incredible success here (because it really is incredible), but at this point, I feel like Swift is so well-loved, we would be willing to declare her the record-holder for just about anything. It's a situation that could get out of hand very quickly if we're not careful. The record for most "liked" Instagram pic of a gnarly cat scratch? Purrfect. Give it to her! The record for first pop star to bake a mixed berry pavlova with Food Network's Ina Garten? How bad could that be? Yup, give her that one, too! See what I mean?

Here are a few other totally plausible (read: not at all plausible) records Swift could set or break in the near future:

The Record For Looking The Most Like Waldo From The Where's Waldo? Books At The 2012 MTV Video Music Awards

Hey, if the red-and-white-striped sweater fits...

The Record For First Animorph To Become A Pop Star

Isn't it obvious by now that she's at least part cat?

I love ya, Tay, but "this sick beat" was a big mistake. Huge.

The possibilities are truly endless.