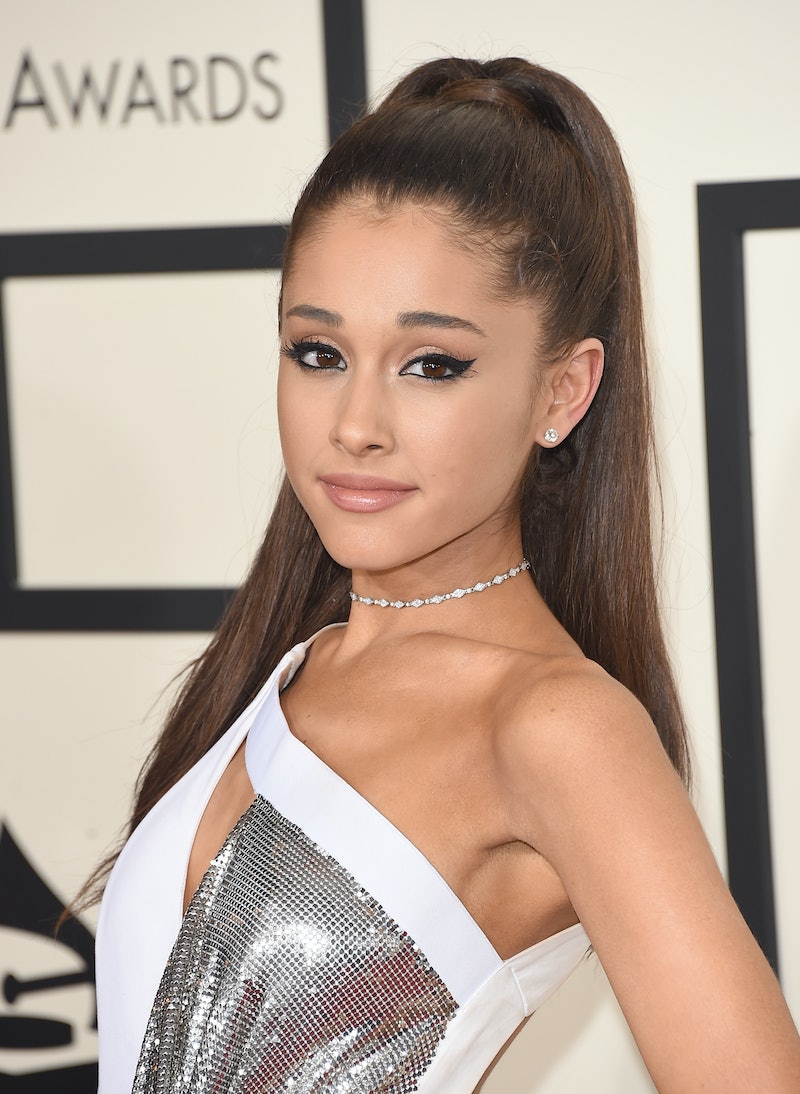 Ever since that video popped up showcasing Ariana Grande licking donuts (because that's what she does in her downtime), many have been wondering about the man she locks lips with in the very same video (you know, when they weren't busy touching their tongues to perfectly good donuts). Seeing as it was a pretty big deal when Grande and Big Sean split, fans of the 22-year-old singer want to know who Grande is now dating. Well, the guy in the video is named Ricky Alvarez and he's Ariana Grande's backup dancer,

Whether Grande and Alvarez are serious remains unknown, but there's no doubt things are heating up between the two. The first time these two were linked was at the end of June, when Grande and Alvarez kissed during the singer's New York City Pride Parade concert. There's a good chance the kiss was just part of the performance, but seeing as the two are hanging and locking lips outside of work, well, that pretty much proves they like each other — at the very least. Also, per a source who spoke with HollywoodLife.com, “Ariana hid this from others on her tour and her friends. Mostly nobody knew they were an item, and the ones that did know were told that if they told anyone, they would be fired.”

With that said, let's get to know Alvarez a bit better, you know, when he isn't kissing Grande or licking donuts.

He Knows How To Dance, Duh

Seeing as Alvarez is Grande's backup dancer, he's got some pretty good moves. Here are just a few videos he shared on Twitter with dance group Formality San Diego.

Based on his Instagram, it appears that Alvarez is a really great photographer.

He's shared quite a few photos from Grande's Honeymoon tour, which means he must be having a great time.

There you have it: Grande's new man can dance and lick donuts, just like her.