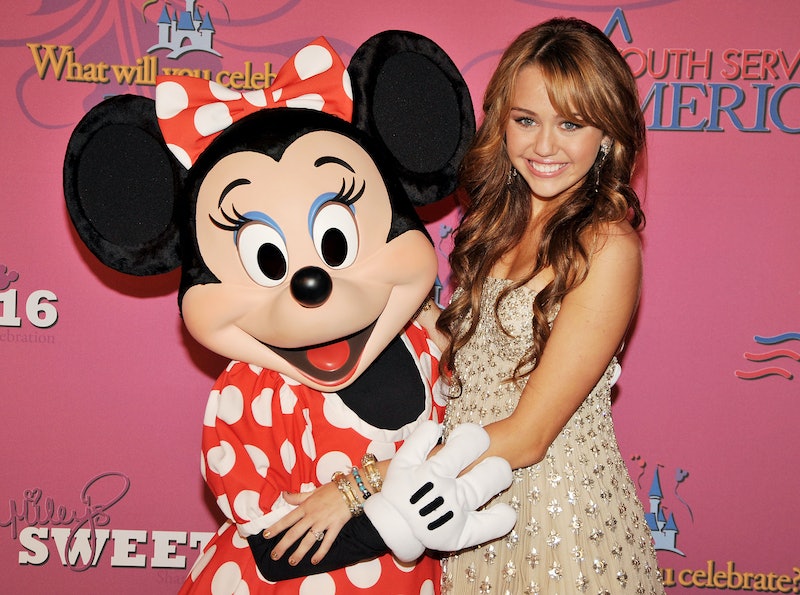 Do you consider yourself a pop music fan? Do you enjoy the songs featured in Disney movies? If you replied “Yes, duh” to both questions, don’t touch that dial! You’re in the right place, for we're about to embark on a journey to the Land of the Disney Songs Covered By Pop Stars.

It is a tale as old as time, song as old as rhyme: A well-known pop music artist puts their spin on an iconic Disney tune. Some of these renditions appear on the Disneymania CDs, a series of compilation albums comprised of Disney covers performed by Top 40 artists. Some of the covers are non-Mania recordings. Most are dear to my heart.

This morning and afternoon, I listened to every last Disney song cover by a popular singer that I could find on the Internet. And then I whittled down the fairly daunting list to a select few. The best of the best. And yes, I am going to share that list. But before we dive in, you might want to put on your best pair of mouse ears. It's important that you're as prepared as possible for these truly special spins on iconic songs from classic 2D (sorry, Frozen!) Disney movies.

"Someday My Prince Will Come" From Snow White and the Seven Dwarfs, As Performed By Ashley Tisdale

The only note I took while listening to this: "So sparkly."

"Hakuna Matata" From The Lion King, As Performed By Baha Men

If this version of Timon and Pumbaa's anthem doesn't make you happy, you are a poor unfortunate soul.

"Part Of Your World" From The Little Mermaid, As Performed By Carly Rae Jepsen

"Colors Of The Wind" From Pocahontas, As Performed By Ashanti And Lil' Sis Shi Shi

Ashanti and her little sister crush this ballad.

"When You Wish Upon a Star" From Pinocchio, As Performed By 'N Sync

Warning: You'll want to be sitting down for this one. Otherwise, 'N Sync's impeccable harmonies will knock you to the ground.

"Can You Feel the Love Tonight" From The Lion King, As Performed By S Club 7

I really wasn't ready for this one.

"Part Of Your World" From The Little Mermaid, As Performed By Miley Cyrus

This is weird, but I'm into it.

"Circle Of Life" From The Lion King, As Performed By Jennifer Hudson

Before she was an Oscar-winning actress and Grammy-winning singer, J. Hud was a contestant on the third season of American Idol. If you're ever like, "I wish I had the chills right now," this video of J. Hud singing "Circle Of Life" should do the trick.

"Poor Unfortunate Souls" From The Little Mermaid, As Performed By The Jonas Brothers

I didn't think I needed a pop-punk cover of Ursula's song, but the Jo Bros proved me wrong.

"A Whole New World" From Aladdin, As Performed By Jessica Simpson And Nick Lachey

Let the record show that "Where You Are" isn't the only J. Simps / Nick Lachey duet of note.

I think this video might be the best thing I've ever seen.