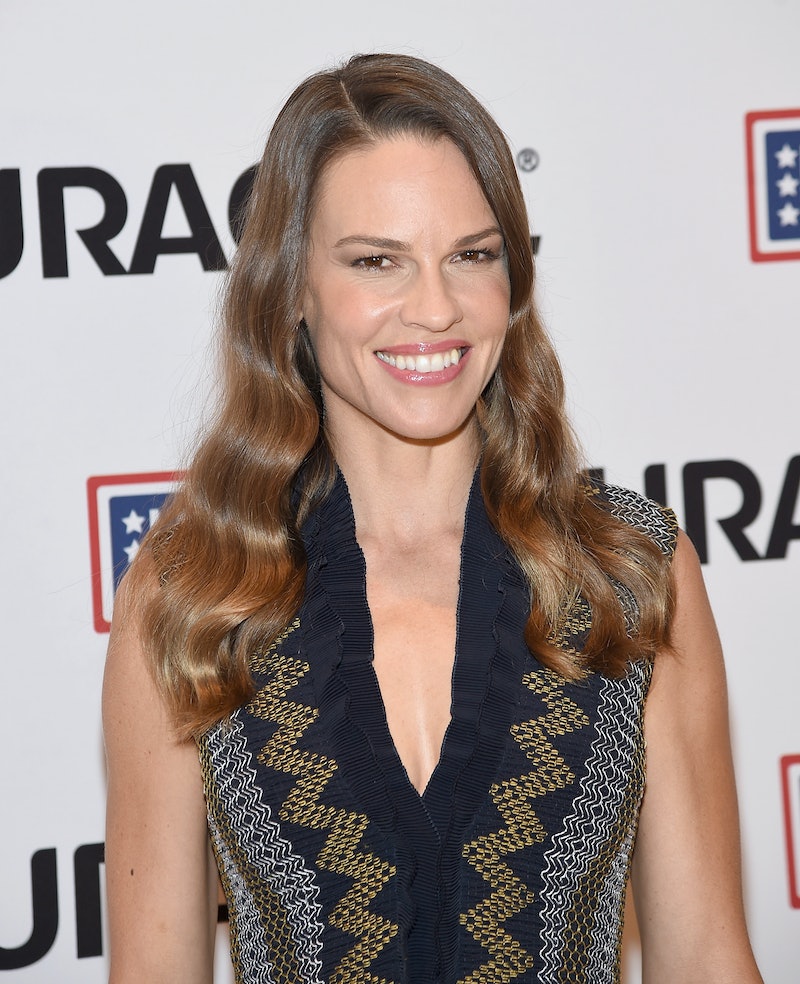 On Tuesday, HuffPost Live sat down with Oscar winner Hilary Swank, who proved that she's not only a leading actress in Hollywood, but also an inspiration to women everywhere. After being asked about about what advice she has for women, Swank advised them to fight their fears, because going after your dreams and living your life as you see fit is extremely important, especially for a woman. Specifically, the 40-year-old said women should "honor their true authentic selves." She added, “Women are constantly objectified and trivialized. I think we get caught up in the idea that if we don’t look a certain way, we won’t be loved. If we don’t act a certain way, we won’t be successful.”

If that isn't enough, Swank also added that she doesn't want to exclude men in the conversation, because it's not "gender-specific." Men can also be subjected to sexism in how they're "supposed" to act and who they're "supposed" to be. "I think we all have our fears of what we’re supposed to be or how we’re supposed to act,” Swank said. “It’s quieting those voices and saying, ‘That’s not going to define me.'”

Like Queen Hilary told HuffPost Live, it's all about breaking and defying all stereotypes. Amen, Hilary. Amen.