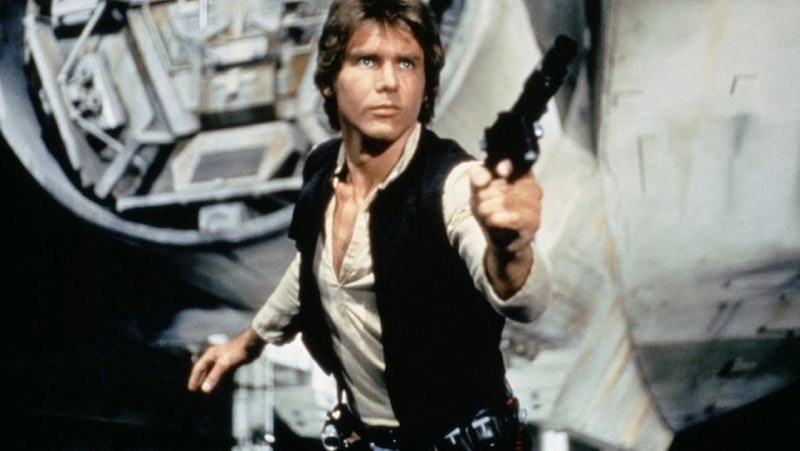 Do you know what I think of when someone talks about the ‘80s? Honestly, Legos and Star Wars . No joke: Those two things defined a large part of the decade for me. In fact, they defined a large part of my childhood. So when I heard the news that the directors of The Lego Movie officially signed on to the new Star Wars Han Solo spinoff, I was half tempted to call in sick to work, locate some old Lego sets, and spend the day watching Return of the Jedi on repeat.

Even if you think of other things when you think about the ‘80s (maybe blue eyeliner, or My Buddy, or Guns ‘N Roses, or MTV), there are still plenty of reasons to get psyched for this killer mashup. It turns out that this connection has apparently been decades in the making. According to The Hollywood Reporter, Christopher Miller — who directed The Lego Movie with Phil Lord — was once an intern at Lucasfilm. He even worked as a spare stormtrooper in one of George Lucas’ legendary movies. It’s like fate! (Or at least, like something straight out a Stars Wars script.)

Miller and Lord are best known for The Lego Movie, of course, but also 21 Jump Street, another well-received reboot. The duo, who have directed, written, and produced their previous films, will be taking over directorial duties of the new prequel, which is set to focus on young Han Solo’s life. Maybe we’ll find out what made Han such a troubled loner?

If that little walk down memory lane is not enough to whet your appetite, keep in mind that Miller and Lord’s previous work, including The Lego Movie, has a ton of geektastic references in it. Remember the Star Wars characters in The Lego Movie? With that kind of tendency for crossover jokes, I have my fingers crossed that these guys will throw some of that into the new Han Solo film. Like, maybe a surprise cameo from Harrison Ford? Or some tongue-in-cheek references to the other movies in the Star Wars franchise?

... also, can we please have a young Han Solo playing with Legos in this movie?