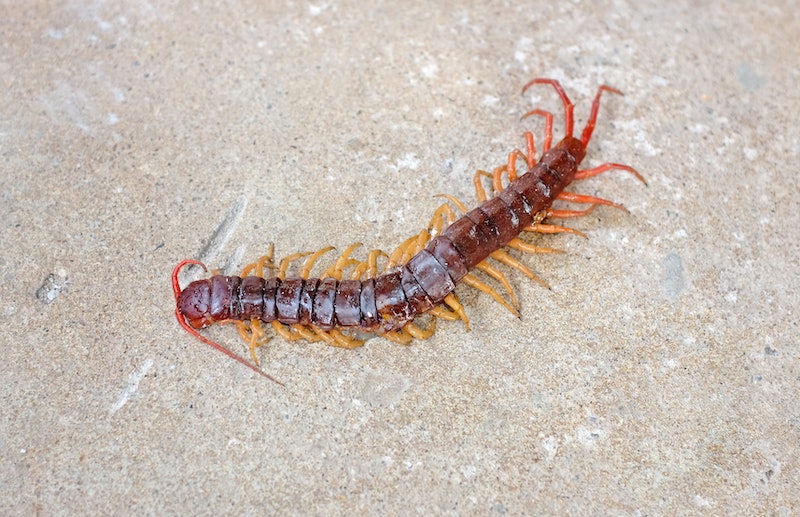 Y'all know what they say, everything is bigger in Texas. Proof? The giant redheaded centipede. Warning: If creepy crawlers make you cringe, avert your eyes. The Texas Parks and Wildlife Department tweeted a creepy photo of the "Texas-sized centipede" crawling over a broom.

The Twitterverse responded with comments like "um...yeah. He can keep the broom. We'll buy another one." One person responded asking, "Tell me this is a toy broom." But no luck, the Texas Parks and Wildlife Department confirmed via Twitter that the boom was in fact, full size.

The giant redhead centipede was spotted at Garner State Park, according to the original tweet. According to their website, the park offers 2.9 miles of the Frio river along 1,774 acres of "scenic" land. That's 1,774 acres I will never see. Yeah, sorry Texas, not gonna happen now. Centipedes are serious stuff.

And if the photo doesn't concern you enough, Texas Parks and Wildlife (TPW) magazine called the creepy crawler "one of Texas' most terrifying critters," "[the] stuff of nightmares," and "one bad dude." The magazine also reported that the centipede can grow to be as long as 8 inches in the wild — and even longer in captivity.

All the hype is worth it. The species is known to eat invertebrates sometimes as large as rodents and toads. According to TIME, their South American relatives can catch bugs in the air and can prey on bats. How? Ben Hutchins of TPW writes that the centipedes use their legs to grab prey, while their fangs pierce the skin and inject a toxin.

Should we be worried? Probably not. According to USA Today, the critter won't hurt humans. Hutchins says that if bitten, you're going to be fine. The reaction is usually mild and goes away within a few hours. But he adds, "In rarer cases, bites cause minor skin necrosis, dizziness, nausea and headaches. In only a few cases, bites have caused muscle tissue damage, kidney failure and heart attack."

So... you shouldn't let the centipede give you nightmares. But judging by that photo, it probably will anyways.