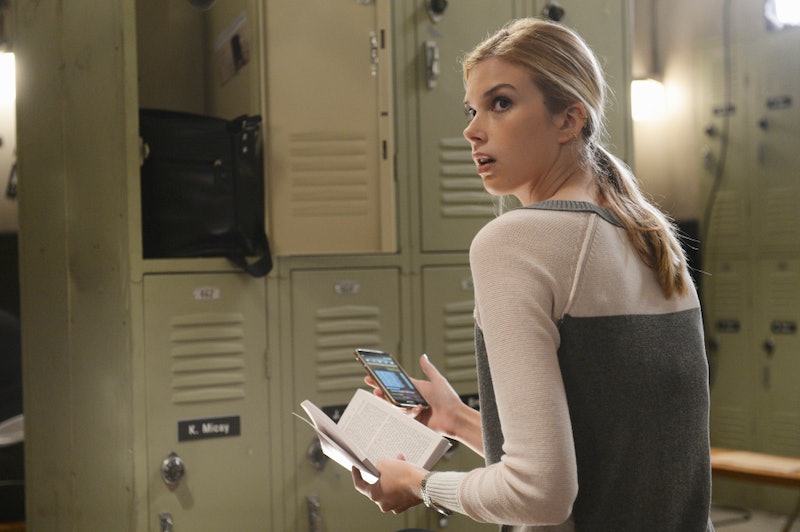 Oh Ed Clark. You may be dead but your presence is always felt on ABC Family's new hit series Stitchers . After facing a particularly tough funeral and case, Kirsten finally discovers the truth to a hidden message Ed Clark left her on a tape cassette he made her entitled ominously "For When I'm Gone." The tape, yes a tape, has the same successions of turns over and over again at the end. The turns are decoded thanks to Super Linus, who is a damned superhero by the way, and they are discovered to be the coordinates. When Kirsten arrives at the coordinates, she is faced with one of the worst days of his life: Kirsten's mom's burial chamber in a mausoleum. Kristen takes a moment of silence for her fallen parents and then touches a picture of her mom on the mausoleum which causes the whole thing to move into what looks like a toy from a playroom, almost like a real-life princess. Kirsten the uncovers a hidden key behind the picture. So what does it all mean?

Well first things first, things are getting completely bonkers on this show. Marta allowed herself to die thanks to Les' phone call, and Kirsten certainly doesn't trust Maggie (and rightfully so). As a whole, things are getting too confusing for words. What's most likely is that the Kirsten now has in her possession is almost certainly something relating to the Stitchers program as Ed, Kirsten's parents and Maggie were all sad? If the family is being stalked by those in the program themselves (which could be as they seem to be watching all the characters from a short, how does the key fit into this mess? Maybe it has direct links to whome Maggie and Les are working managing their normal, daily lives.

The key could also mean something completely different but equally as important: It could help Kirsten heal with and embrace the terrible moments on the job as well as important secrets Ed left about Kirsten's mother and father. Either way I want to know now and I hope that in the end, everything is interconnected in the most fascinating way possible. The flashback memories Kirsten had in Tuesday night's episode involving her child self with an electrode hair bad on her head is what we really need to focus on. I hope that where ever the key leads, the answers inside will bring Kirsten a sense of satisfaction and clover. The whole Stitchers program probably needs that but Kirsten now more than ever.