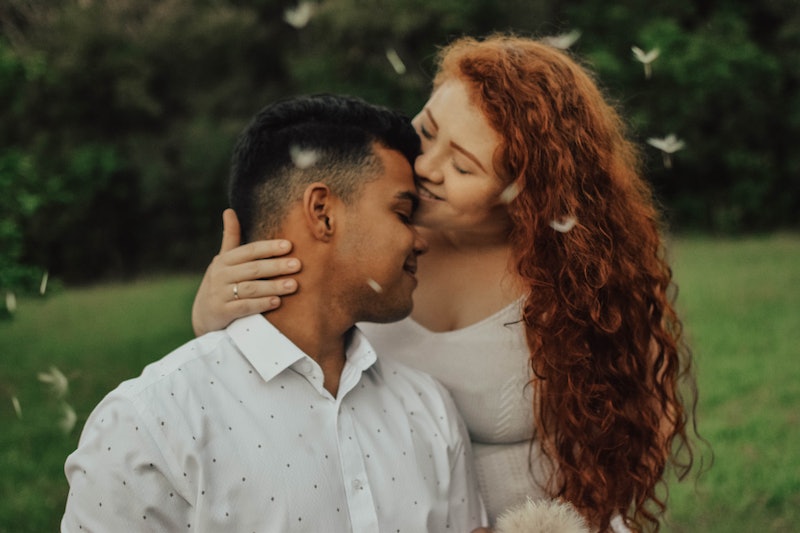 Relationships always take work, but when you and your significant other come from different cultural backgrounds, it often adds an extra layer of challenges. That’s definitely not to say that you should steer clear — my own parents are currently in their 36th year of marriage despite being raised on opposite sides of the world — but it does require effort. The unique obstacles to sustaining a cross-cultural relationship can range from language barriers and miscommunications to determining where in the world to live. It may not be easy, but it can be amazingly rewarding, especially if you end up with a daughter like me! (No, seriously.)

In The Good Shufu: Finding Live, Self, and Home on the Far Side of the World , author Tracy Slater details how she went from teaching a short-term English class to Japanese businessmen to falling in love, reorganizing her life, and completely refining her goals. Through fascinating and often comical anecdotes about her bi-continental relationship, we see her abandon her suspicion of marriage and desire to be child-free to become something she never thought she’d be: a shufu (the Japanese word for “housewife”).

You know what they say: Life is full of surprises, the heart wants what it wants, etc., etc. Slater’s touching story proves the adages true while shedding light on what it takes to make a relationship — inter-cultural or otherwise — work.

Here are eight secrets to making a cross-cultural relationship work, based on Slater’s experiences detailed in The Good Shufu:

Be Willing to Re-evaluate Your Priorities

Whether or not you’ve seen Forrest Gump, you’ve probably realized by now that you never know what you're going to get in life. Slater expected to spend her days in her beloved hometown, Boston, focusing on work and avoiding too much sacrifice in relationships. As she fell in love with her now-husband, Toru, however, she reconsidered her ideals and realized that the regret she couldn’t live with would be not exploring their relationship.

Move at Your Own Pace

Uprooting her life was not a decision that Slater took lightly. She gradually began spending more time in Osaka and even tried to split her time between Japan and the United States. It eventually became clear that she couldn't have her cake and eat it too, at least not in the long-run, but she was able to arrive at that conclusion on her own terms.

Put Yourself in Your Significant Other's Shoes

As much as Slater wanted to stay in Boston, she thought about how living in the U.S. would affect Toru and his family. With his aging father widowed and somewhat dependent on him, plus his career prospects better in Osaka, she realized that his life was in Japan. Toru, for his part, understood her ties to Boston and never seemed to push her into making the move.

Let Others Have Their Say, But Listen to Your Heart

As Slater and Toru’s relationship became more serious, her family wasn’t shy about expressing their reservations. She gave them a chance to voice their concerns, but ultimately decided she had to trust her own judgment and make decisions she could live with.

Be Open to Compromise

In navigating dating and later marriage, Slater and Toru inevitably came across situations in which they didn’t see eye-to-eye. They both seemed to pick their battles well, though, minimizing conflict. For example, when Slater reached her breaking point during her husband’s methodical and very time-consuming hunt for the best appliances at the best prices, Toru left her in a massage chair and returned shortly thereafter with a receipt showing her he’d purchased what they needed from a single store, per her suggestion. I like his problem-solving style.

Misunderstandings due to cultural differences and the subtleties of language certainly weren’t unheard of for Slater and Toru. They quickly learned that they had to slow down to be sure they understood where the other was coming from, even if that meant repeating each other’s comments back and forth.

Accept That Cultural Differences Will Be a Reality

From early on, Slater and Toru found that they approached many situations from distinct viewpoints, yet they seemed to be open to the differences. Not only that, they were willing to learn from each other. As Slater quoted Paul Pedersen, author of The Five Stages of Culture Shock, as asserting, cross-cultural interactions put people in “a position to build a new perspective.” Their grace in working through any issues that arose had me rooting for them.

Celebrate What You Do Have in Common

For all that they didn't have in common, Slater and her husband were able to find shared interests to enjoy together. From going for runs and exploring to spending time with his dad, they found ways to bridge their many differences and strengthen their bond.

More like this
The 20 Best Audiobooks To Fall Asleep To
By Aoife Hanna and K.W. Colyard
Are Gemini & Cancer Compatible In A Relationship?
By Kristine Fellizar
9 Signs You Might Be In A One-Sided Relationship
By Lea Rose Emery and Mackenzie Sylvester
How To Spot The Signs You’re Being Love Bombed
By Lea Rose Emery and Mackenzie Sylvester
Get Even More From Bustle — Sign Up For The Newsletter