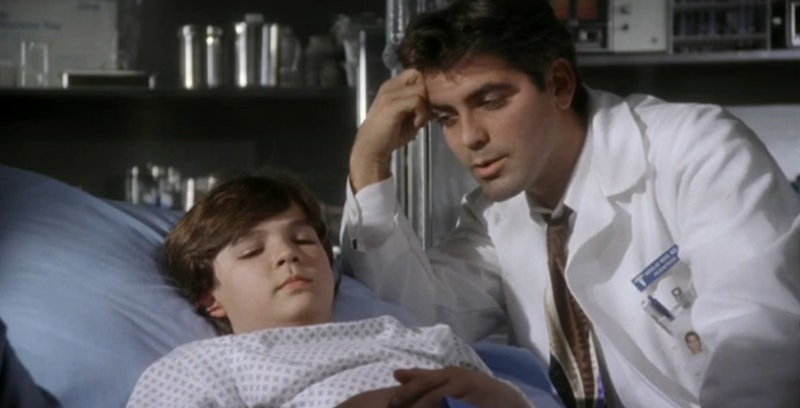 Even as time goes on, the TV medical drama never seems to go out of style. The '80s had the doctors of St. Elsewhere, the '90s had the always-on-the-move docs of ER, and we still have the emotional lifesavers of Grey's Anatomy. Since I grew up in the '90s, I often wonder what the doctors of ER would be like if we met them in 2015, because if the series premiered now, I don't think the characters would essentially be just like Grey's, as I've heard from friends so many times before. I mean, they're all different medical shows. Back in the '90s, ER was a huge hit for its fast-paced medical storylines and it's many compelling characters, who I think would still be awesome in 2015.

ER debuted in 1994 and followed our beloved Chicago emergency room doctors for 15 seasons, concluding its run in 2009. Times were different back then — AOL had barely emerged as something you could sign onto, cell phones weren't a thing, and ObamaCare was years from being implemented. But still, ER gave us many tireless caring doctor characters over the course of 15 years that are hard to forget — I mean, there's a part of me that'll always see George Clooney as the dashing pediatrician Dr. Doug Ross.

So here's what I think the original ER characters would be like if we met them in 2015.

Carter would still be that bumbling, but brilliant med student, except that I think he'd face some modern challenges. In the original show, he came from a wealthy family, but these days, I think the Carters would've lost a lot of money in the 2008 recession and John would've had to attend med school on loans. He'd struggle with money just like the rest of us.

Back in the late '90s, Benton's romance with Dr. Elizabeth Corday (played by Alex Kingston) was dropped by the writers and producers due to its interracial nature, per a report by The Guardian. I'm fairly certain that in 2015, an interracial relationship wouldn't be seen as a big deal and could go the distance on TV.

Greene has always been a great teacher and I think if we met him now, he would have gained some notoriety as one of those educational YouTube doctors who film procedures. Of course, he didn't mean to become famous for the videos, but the hospital strong-armed him into continuing to do them to please his large internet subscriber base.

I always felt that one of the missed opportunities in the original series was the romance-that-never-was between Lewis and Greene. In 2015, if she were to depart Chicago for Phoenix again, Greene and Lewis would've kept in touch via Skype and nurtured a long distance relationship. Eventually, they would've gotten married and lived happily ever after in the city of their choice. At least that's what I choose to believe.

In the pilot episode, Hathaway is brought into the ER after a suicide attempt, which she survives. In 2015, there are places she could turn to for help if she was feeling depressed or down: Suicide hotlines, employee assistance programs (EAP), and more. Here's hoping that she'd feel comfortable seeking help.

Dr. Ross would still be the most charming pediatrician ever. I mean, he's played by George Clooney.

So at least we know that some things wouldn't change.