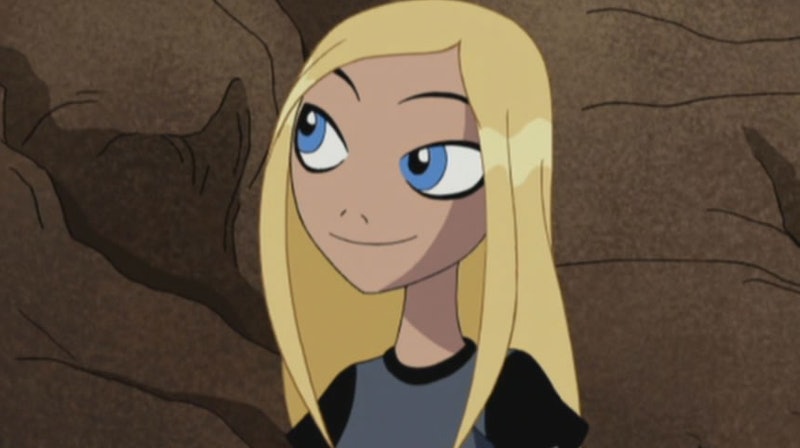 I'm going to say what is quite possibly an unpopular opinion in the Teen Titans fandom: Terra was the best Teen Titan. The controversial character cycled from hero to villain to antihero to anti-villain over the course of her character arc, and there are still fans who aren't sure if she should be considered a Teen Titan at all. Terra made it clear in her final episode, "Things Change," that the superhero life was just not for someone like her, but that doesn't mean that she wasn't one of the greatest members of the team. It might be "cool" to hate Terra because she was a villain in the comic books, and because Raven refused to trust her and outright hated her for most of Terra's character arc, but I never could. I saw the truth: Terra represents the scared, insecure teenager in all of us, and what happened to her is something that could happen to any of us. In fact, her entire arc was one of the best on the show.

Terra was introduced as someone who was running away, and, by the end of her appearances on the show, she was still technically running away. However, by that point, she wasn't feeling out of fear, but because she had finally found the strength to know who she was, what she wanted, and who she wanted to become. It was wonderful to watch her develop that kind of strength of character after everything that she went through in the series. Sure, Raven and the other Teen Titans might only have forgiven Terra because she gave her life to save them from the problems that she helped to cause, but here are seven solid reasons why Terra is actually the greatest Titan.

1. She Was Slade's Victim, Not His Partner

The reason that Raven hated Terra so much on the Teen Titans, and the reason that so many fans still wouldn't count Terra among their favorites, is because she willingly betrayed the Teen Titans to work with Slade — as a nod to the comic books where they were partners and lovers. However, that's far from the whole story. In the first place, Robin and Raven also became Slade's unwilling apprentices over the course of the series, and, in the second place, Terra's partnership with Slade was unequal from the start. Note that, as soon as Terra came to her senses, Slade took control of her body and tried to force her to carry out the rest of his plan. She didn't want to work for him. She just wanted to be accepted, and he was the first person to accept all of her.

2. She Didn't Know How To Have Friends

Terra spent her entire life running. The Teen Titans gave her a home, gave her friends, and gave her a place to belong... as long as she could prove her worth as a member of the team. Beast Boy was the only person who knew she couldn't control her powers as well as she let on, and Terra feared that she would be thrown out of the group if they knew the truth. However, when Robin figured it out on his own, Terra caved in to a lifetime of fear, blamed Beast Boy for betraying her, and ran as far as her legs could take her. It's hard to give up running after how much time she's spent doing it, but can you really blame her after how many times she must have been rejected in the past?

3. Her Feelings For Beast Boy Were Genuine

No matter how you feel about how Terra slammed the door of friendship in the face of all the other Titans, no one can deny that Terra's feelings for Beast Boy were real. Even when she was secretly working against the team, Beast Boy was the one member that she tried her hardest to save, and his rejection was what turned Terra from a hesitant anti-villain to a full-fledged antagonist. It was even her love for him that brought her back to the right side in the end. Awww.

4. She Brought A New Element Of Fun To The Series

I'm sorry, but Terra had my heart from the moment she responded to Robin's handshake with a fist bump. The team could have used another girl, especially one that had such a drastically different personality from Starfire and Raven.

5. She Taught Us Important Lessons About Morality

Was Terra good? Was Terra evil? Was she good sometimes, and evil sometimes, and how much control did she have over her own destiny? Like Raven, Terra forced us to ask big questions about destiny, fate, morality, and taking things into our own hands. Like Raven, she was forced to learn that her choices are her own to make, and only she can decide whether she is a hero or a villain. She and Raven have so much in common that it's genuinely surprisingly they didn't get along better... or maybe that's exactly why they didn't.

6. She Taught Us To Know When To Walk Away

At the end of her arc, Terra made it clear that the superhero world just wasn't for her. And, though Beast Boy may not have been happy about it, it was true. Terra only wanted a place to belong, and the Teen Titans were a means to that end. After everything she'd been through, trying out being a hero, trying out being a villain, she wanted to walk her own path — without the complication of powers, saving the day, and leaving a legacy. Terra just wanted to be normal, and there's nothing wrong with that dream.

She started out as a hero, and she ended the series as a hero. The Teen Titans accepted that, and it's time for the world to accept that as well. We all have a little Terra inside of us.