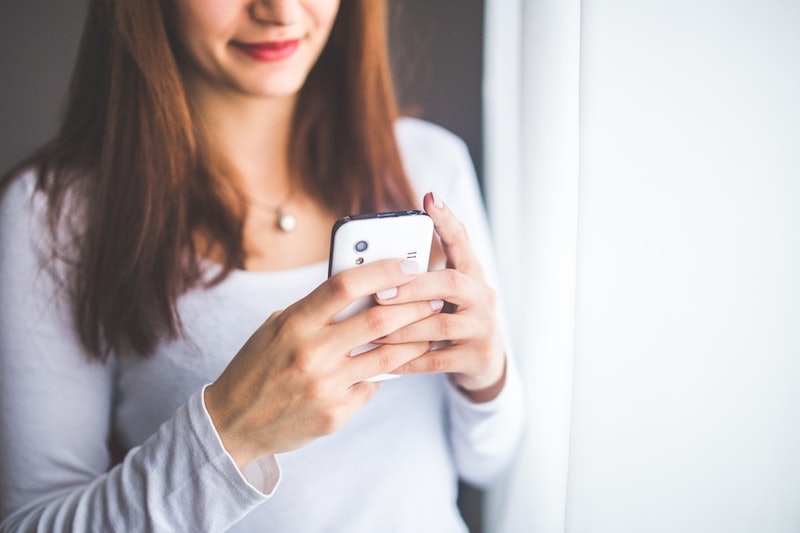 You want to see people, whether it's friends, family, co-workers, a date. You really, really meant it when you made plans. But sometimes, when it comes time to finally do those plans, you'd rather sit at home alone in a cloud of your own fart watching Netflix because it was a long day and also burritos. So when it's the eleventh hour, you're procrastinating getting in the shower, even though it's T-minus five minutes until you should technically be out the door and on your way. And you get a text saying something like "OMG so sry, stuck at work hav 2 raincheck [sad face emoji, rain emoji, single ladies emoji]."

A wave of emotion washes over you. You oscillate between madness and elation, because "How dare they?" but also "Yay!" It's confusing, but beautiful, because you don't have to get in the shower, you don't have to put on pants, you don't have to be personable, you don't even have to move. It's probably very literally the best thing that's happened in your day, even if it takes you a minute of scrolling through various emotions to realize it. Here are all the beautiful emotional stages of having someone cancel on you at the last minute.

First, you'll be incredulous. What kind of person thinks they can cancel half an hour before you're due to meet? Who do they think you are? Do they think you don't have a life? You could have made other plans for goodness sake!

Your initial incredulity will turn to anger, and you'll start calling the canceler nasty expletives in your mind.

You'll deny any feeling of relief that creeps its way in, because on the basis of principle alone, you're going to be mad as hell about this, even though you're repressing all your happiness stemming from the fact that you didn't really want to go out in the first place.

Acting passive-aggressively, you'll text guilt-inducing messages back to the person who cancelled, hoping to make maximum impact on them letting for you down (even though they actually did exactly what you hoped they would). The important thing here is that they come out looking bad and you come out looking disappointed, not in the least because that will help allay your guilt about feeling pleased.

One you've got out all the cursory annoyance, you'll start to relax. On the couch. With your pants off.

Slowly, your faux / put-on anger will begin to dissipate...

You'll continue to feign disappointment, trying to convince both yourself and the canceler that you actually wanted to go out. With one hand texting and the other hand already in a bag of chips, of course.

Because you're bored now and want to get into doing nothing, you'll fake reluctance in accepting the canceler's apology, when we all really know you weren't really mad in the first place.

Once you've accepted that you've got nothing else to prove to the canceler or to yourself, you'll be truly free to embrace your newly-gifted alone time.

Once all the posturing and ceremony and stuff you have to say is out of the way, you'll be positively gleeful.

All will be forgiven. You don't even care that the canceler is a flake! Flaky! What a great way to be! Aren't you lucky to know such flaky people?

Without a second thought as to being cancelled on and what transpired, you'll continue on in your solo night in complete and utter bliss.