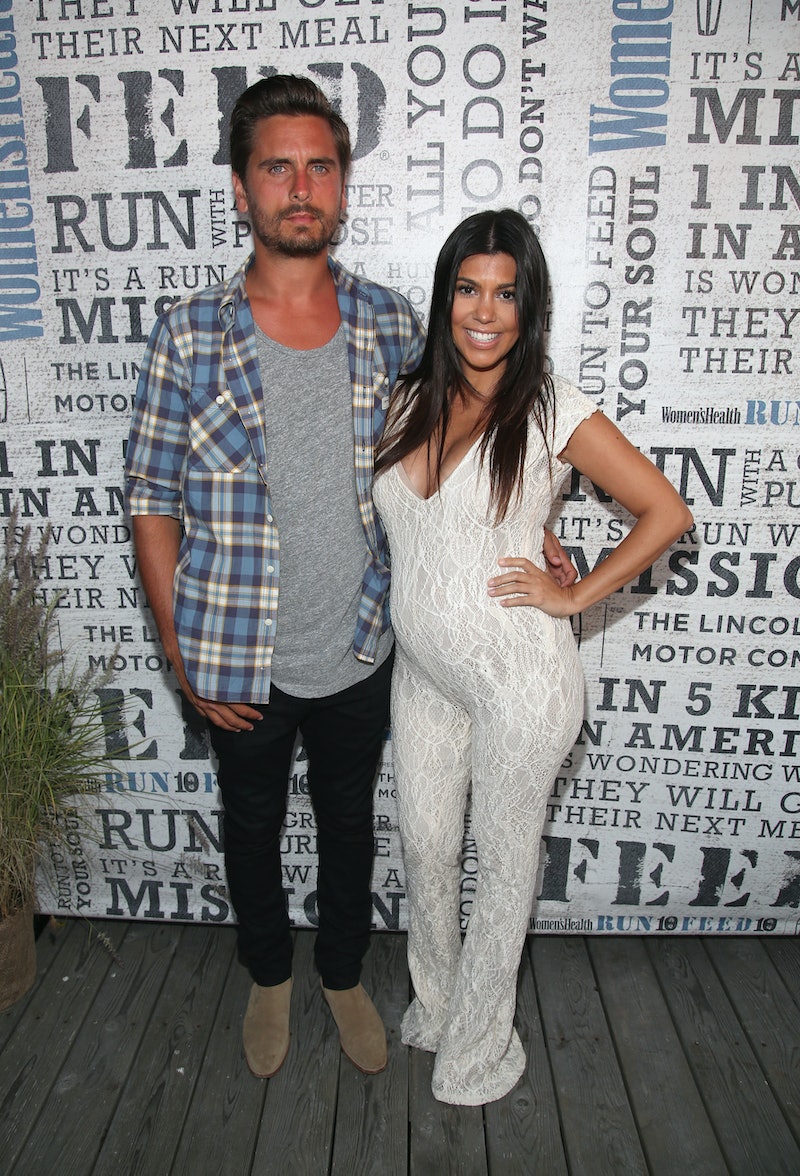 Stop partying! That was the response Scott Disick seemed get from his Instagram followers after his latest social media post — and for good reason. The former model's first comment following his breakup was nothing more than an advertisement for himself. Scott Disick broke his silence after the Kourtney Kardashian split by asking fans to "come party" with him in Las Vegas.

It goes without saying that this post would be considered offensive and insensitive to anyone who just went through a breakup like this. After all, the end of the relationship was literally just made public on July 6, after photos surfaced of Disick cuddling it up with his ex-girlfriend Chloe Bartoli in the South of France. And it was only the day after that Disick posted the snapshot that advertised his club night at 1 OAK in Vegas.

This has to be extra salt in the wound for Kourtney Kardashian. After all, she made it clear to him on Keeping Up With the Kardashians that she did not want him doing club appearances. The fact that he is so blatantly flaunting that he's doing one makes this quite possibly one of the most inappropriate post-breakup photos to post. It is hard not to agree with his followers who are telling him to stop partying.

Kardashian's disapproval of Disick's hard-partying ways did not only come through on the show. Reports surfaced that he canceled club appearances earlier this year after Kardashian put her foot down after hearing that he was up to no good at the club scene. And her disapproval did not seem unfounded. The reality star, who has three children with Disick, wanted to be sure that her then longtime love was home with her as often as possible to help with the kids, especially considering their third child was just born this year.

And speaking of the ex-couple's children, the message about Disick's club appearance was posted right before one of the children's birthday, upping the ante even further on the level of inappropriateness. Their daughter, Penelope, turned three on July 8.

For Disick's part, he admitted that he was "freaking out" over becoming a father again and over the idea of being part of a large family earlier this year. Bu if his latest post is any indication, it seems like he is not slowing down the partying anytime soon. For the sake of his children, I hope that he does. But it sadly is not wise to hold your breath waiting for that to happen.