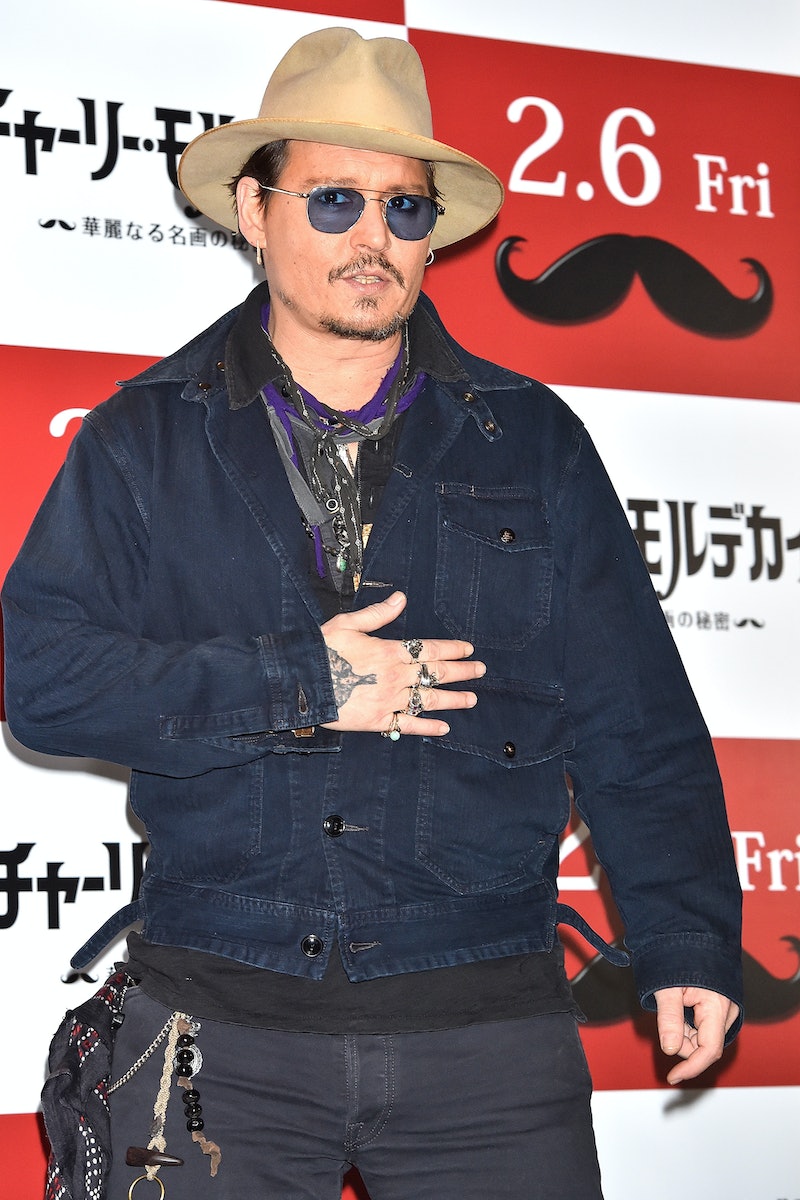 Forgive me for saying this, but sometimes I forget why I fell in love with Johnny Depp all those years ago, which I hear can happen when you're in an unhealthy unrequited romance for long enough. It has nothing to do with his age — everyone gets older — or even his marriage to much-younger Amber Heard, who is both gorgeous and talented. It has a little something to do with his belief that he can bring his dogs to Australia without permission and a lot more to do with his desire to be French. But all of that is water under the bridge today because the 52-year-old actor just did something that proves he is still husband and baby daddy material. Johnny Depp dressed up as Jack Sparrow and visited Lady Cilento Children's Hospital in Australia. In conclusion, he is still awesome.

The actor has been in Queensland for the past few months filming Pirates of the Caribbean 5: Dead Men Tell No Tales, in which he will reprise one of the most famous film pirates of all time and a role that has increased his star power among younger folks. He wasn't too big a star though to take time out of his schedule on July 7 to visit sick children and their families at the hospital, where he and costar Stephen Graham (who plays pirate Scrum) spent three hours hanging out with the starstruck kids, their parents, and hospital staff.

The Children's Hospital Foundation described the details of the special visit on its Facebook page:

Two very famous pirates made a special surprise visit to the Lady Cilento Children's Hospital last night... Dressed in full costume, both Johnny Depp as Captain Jack Sparrow and Stephen Graham as Scrum spent over three hours making a real difference to sick kids and their families in hospital! Both actors flew in for the visit from the Gold Coast, landing in a helicopter on the hospital's rooftop as they took time out from filming the next instalment of Pirates of the Caribbean, Dead Men Tell No Tales.

The video is heartbreaking and sweet and tells Depp's fans everything they need to know about his kind nature and the gift he gave to these delighted children.

There's nothing that restores my faith in celebrities faster than learning they are open and willing to extend themselves and their time to those who need joy in their lives. In my opinion, Depp can continue to be a bit of a diva if he is also open to giving himself to the fans who helped make his career. Good work, guys.