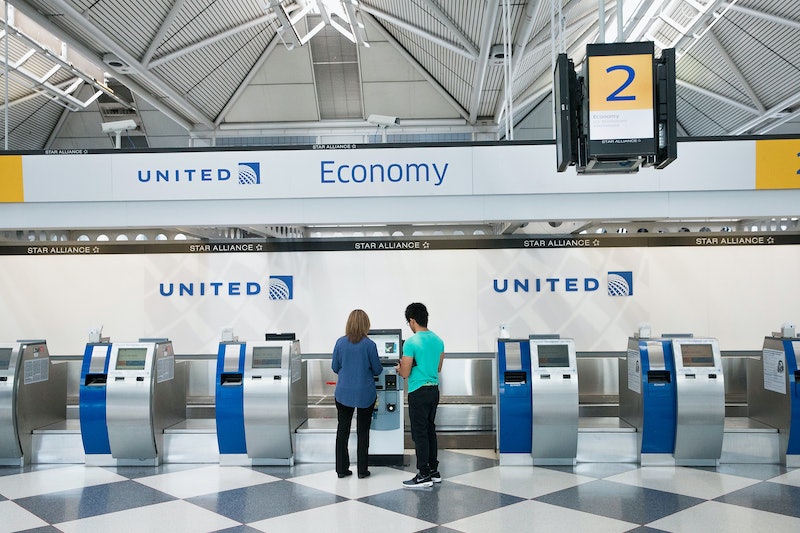 On Wednesday morning, all United Airlines flights were grounded due to a computer system malfunction and not long after, the New York Stock Exchange (NYSE) completely shut down because of a technical issue. Were the two malfunctions on the same morning just a coincidence, or were the United Airlines and NYSE shutdowns related? Both will surely disrupt operations all day, as major airports now have long delays and Wall Street will be behind in trades, but Department of Homeland Security officials told CNN Wednesday morning that the issues didn't seem to have a "malicious" cause.

United Airlines announced the problem at 9 a.m. ET Wednesday, saying: "We experienced a network connectivity issue this morning." The Federal Aviation Administration blamed the shut down on "automation issues" and there are currently no details about what the problem was. Flights were able to fly again by 10 a.m., but about 3,500 flights were affected because delays tend to have a snowball effect as connecting flights are missed or delayed.

A few hours later, at 11:30 a.m. ET, all trading stopped at the NYSE because of what officials said was a technical malfunction that froze computers on the market’s trading floor, according to The Washington Times. However, an alert on its website didn't give a reason for the freeze and only said: "Additional information will follow as soon as possible." The NASDAQ systems and the NYSE's options exchange continued functioning, so U.S. trades weren't completely halted.

There were some connectivity problems on the trading floor earlier in the day — it issued an alert at 8 a.m. ET about "a reported issue with a gateway connection," but another alert claimed the problem was solved around 10:30 a.m. ET. Wall Street was already expecting a rough day due to the economic crisis in Greece and a downturn in Chinese stocks, but this was an unexpected twist. The NYSE tweeted that the problem wasn't a cyber breach, but only an internal technical issue, saying: "We chose to suspend trading on NYSE to avoid problems arising from our technical issue."

While the incidents happening in such a short time span looks pretty questionable, it's too soon to know whether or not they're related, as it's still unclear what caused either technical issue. NBC News reported that two U.S. officials said the two events were unrelated, though suspiciously, The Wall Street Journal’s website also stopped working after the NYSE trading stopped.