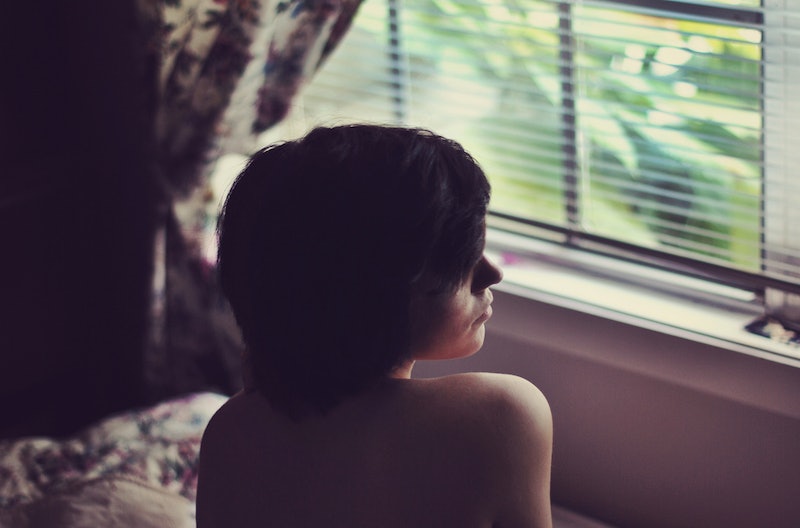 We tend to toss around psychology terms pretty easily these days, but we don't always use them to refer to… well, the things to which they actually refer. Take social anxiety, for example — a lot of us might say that we're socially anxious, but how do you tell if you actually suffer from clinical social anxiety? The good is that, like many psychological conditions, there's a test for that: The Social Phobia Inventory, or SPIN, tells you whether or not you might have social anxiety disorder — a condition characterized by an intense fear of social situations that impedes your ability to function in day-to-day life.

I don't particularly like people. Part of my dislike of people in general probably stems from the fact that I work from home in a relatively isolated location; as such, I've grown not only accustomed to solitude, but also to love it. Part of it, though, is likely due to more… shall we say, internal factors. Social situations make me kind of nervous; I don't find them crippling, but I do need to prepare myself for them. I also find spending lengthy amounts of time with people I don't know terribly well pretty stressful. What I haven't done, though, is actually seen a professional about any of this; as such, I don't know whether I have some sort of legit mild social anxiety, or whether I'm just kind of curmudgeonly.

That's where the Social Phobia Inventory comes in. SPIN, as it's commonly known, was developed by Duke University's Psychiatry and Behavioral Sciences department as a means of measuring the severity of social anxiety disorder. It consists of 17 items corresponding to five different metrics (social inadequacy, being criticized, authority figures, being the center of attention, and showing visible signs of anxiety); those taking the test rank each item according to how much they bother them on a scale of one to five — one meaning “Not at all,” and five meaning “extremely.” Your overall score at the end indicates how likely you are to have social anxiety disorder.

The company Joyable, which offers online Cognitive Behavioral Therapy to help treat conditions like social anxiety disorder, has an incredibly user-friendly version of SPIN on their website — so of course I had to give it a spin (haha) and document my results. Of course, as always, it's worth noting that there's only so much the Internet can tell you about your mental or physical state; if you're at all concerned that you might be suffering from social anxiety disorder (or any other issue, for that matter), you should definitely hie thee to thy doctor and get an expert opinion or two.

But sometimes the Internet might be a decent place to start. I'll spare you the blow-by-blow of my answers to all 17 questions, but here area few of the highlights.

The test begins with the prompt, “In the past week, how much were you bothered by the following problem?” These items include:

1. Your Thoughts About Authority Figures

I went with two, “a little bit.” It's not I'm afraid of them, per se; I do, however, recognize the authority of people like my higher-ups at work. They're awesome — don't get me wrong — but they're also… well, my higher-ups. As such, that's going to determine my behavior around them.

2. How You Feel About Blushing

Typically I don't blush, or if I do, I don't do it often enough for it to be an issue. Or maybe I just don't care whether I blush or not. Whatever — number one it is.

3. Whether You Dig Parties

Yes. Yes, they do scare me. If I were going to try to convince myself that I'm braver than I am, I would go with three here; however, it's probably more like four for me: “Very much.”

4. How You Feel About Talking To Strangers

Another four. I'll do it if I must… but only if I must.

5. How Well You Cope With Criticism

I'll go with a three here — “somewhat.” I have a weird fear of failure. Why? I honestly have no idea. I just feel really, really icky if I know I haven't done my best.

6. If You Avoid Doing Things Out Of Fear

Well, I won't not do something I want to do out… but I might, say, order takeout on the Internet instead of calling the restaurant on the phone. I am not a fan of using phones for their intended purposes. Two it is.

7. Whether You Actively Avoid Shindigs

...Yeah, I kind of do. Number four it is. Social media definitely enables my “There's a party? QUICK! HIDE BEFORE THEY FIND YOU!” tendencies; I'm that awful person who always checks “maybe” on a Facebook invite and then doesn't show up. My reasoning is silly — I'm trying to use that response as a way to say, “I appreciate the invitation, but I am terrified of gatherings, which is definitely on me and not you” — but I realize that it's really, really annoying for whoever's throwing the party. I'm sorry, everyone. I'll try to be better about that going forward.

8. How You Feel About Being The Center Of Attention

Not really. I think this might be one of my only ones.

9. No, Really, Do You Hate Talking To Strangers?

Yes times approximately EIGHTY MILLION. It's bad enough that I think this one might actually be a five.

10. How Strong Your Heart Is

To be fair, I actually think this question is a little unclear. Is it asking whether being around people causes me to have bothersome heart palpitations? Or is it asking me whether I get embarrassed by heart palpitations if I happen to have them when I'm in the company of others? I suspect it's probably more in line with the first; either way, though, I don't score very highly on this one. I'll give it a two, just to err on the side of caution.

That's... not great, unfortunately, but the good news is that I'm actually on the low end of the range of scores that indicate clinical social anxiety — that particular classification spans scores between 21 and 40. Scores of 41 to 50 indicate severe anxiety, and scores of 51 to 68 indicate very severe anxiety; meanwhile, those who score 20 or less have low levels of social anxiety.

Since SPIN measures us according to five different metrics, there's also some variation in what you might feel the most acutely. Here are my highs and lows:

That's actually pretty accurate. I also like the way they frame this section — calling one part a “strength” gives us something to be proud of, while using “challenge” instead of “weakness” implies the metric in question is something surmountable that we can actively work towards improving, rather than telling us that we're just bad at it.

Again, there's really only so much the Internet can tell you — but it looks like I'd be doing myself a favor if I went and talked to someone who really knows their stuff about all this. In the meantime, though, I can also start employing strategies to cope with anxiety... and I can go ahead and start eating a whole bunch of pickles. Pickles are the best.

Head on over to Joyable to take the Social Phobia Inventory yourself.

More like this
6 Abortion Advocates To Follow On TikTok
By Sara Youngblood Gregory
8 TikTok Pasta Recipes To Try Out At Home
By Emma Garza
How To Use The Crying Filter On Snapchat, TikTok, Instagram & More
By Emma Carey
The True Meaning Behind Each Hand Emoji
By Bustle Editors and Emma Carey
Get Even More From Bustle — Sign Up For The Newsletter