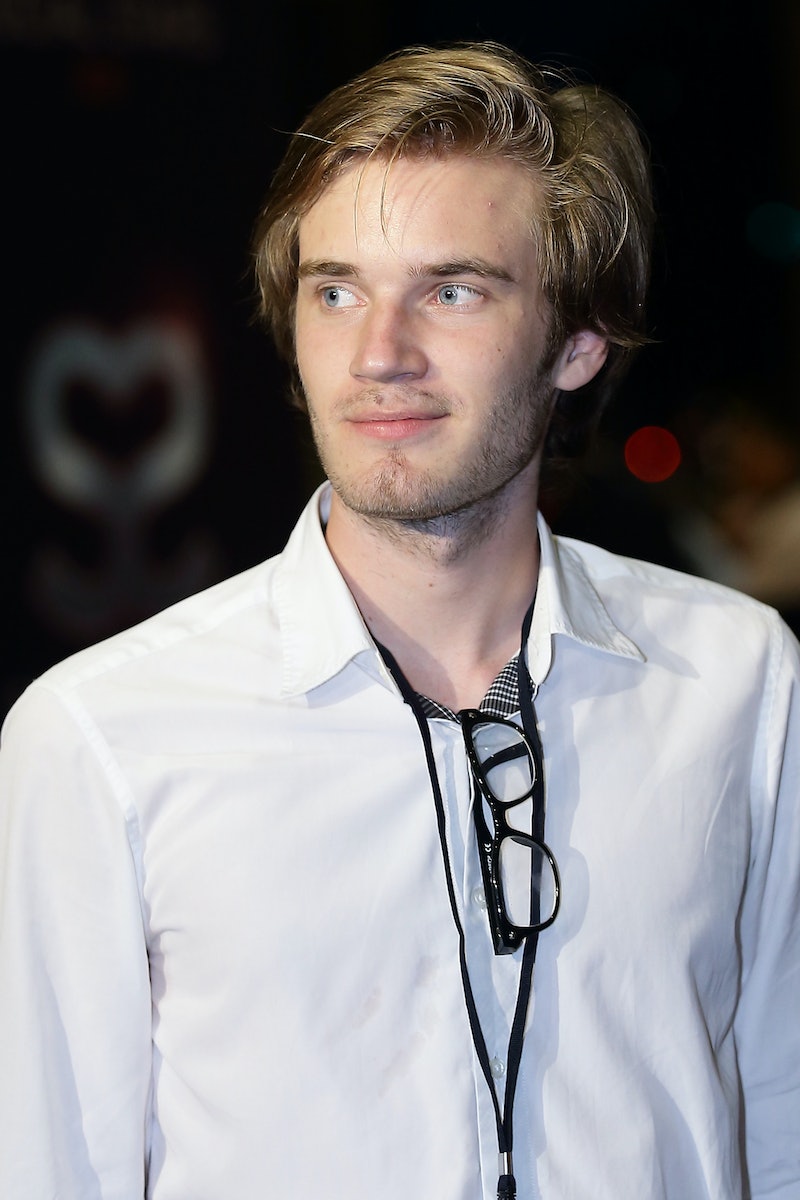 As you may already know, you can make a lot of money as a YouTube star. How much? Well, a lot, if you're PewDiePie. PewDiePie, aka Felix Kjellberg, reportedly made $7 million from his videos on the video sharing site. And after this figure was released, some people expressed in his comment sections that they were pretty upset about how much money he made. Now, PewDiePie has fired back at the critics with "Let's Talk About Money," a YouTube video explaining his past work and his work ethic. Because he's now making headlines, some people who aren't familiar with him might be wondering a little more about who exactly PewDiePie is and what kind of work he does.

Kjellberg is a self-made YouTube celebrity who shares wildly popular video game-themed videos on the website. The 25-year-old Swede records himself playing video games and uploads his reactions to his YouTube page, which has more than 37 million subscribers. That is almost two times how many subscribers that Taylor Swift has, to put it in perspective. While the concept for his channel may sound simple at first glance, obviously a lot of people are being receptive to it and enjoy following him. But amazement at his videos apparently turned to sourness about his earnings, hence why he felt the need to post a video in response to prove that he does indeed have a strong work ethic and explain why he makes so much money.

In the video, Kjellberg explains that he has been sharing videos on YouTube for a long time, with the original goal of trying to pay off his student loans. He clarifies that he has worked other part-time jobs in the past. He also shares some of his own thoughts on money, which included the age-old adage that money does not buy happiness, as well as an acknowledgement that most people who share said mantra usually have money.

The YouTube star makes a good effort in showing that he has not just been sitting on his butt all this time by explaining his education and other jobs, and the fact that he took the time to make the video shows that he takes his audience's views into consideration. He also does a good job in acknowledging his own privilege in the matter. After all, it is safe to say that he will not be left wanting for much, at least not for a long time.

It is hard to say if someone "deserves" to make a certain amount doing a job like this. Certainly the same has been questioned about actors, reality television stars, models, and every other variety of celebrity. But if his 9.3 billion views are any indication, it's safe to say that a lot of people do think he deserves it.