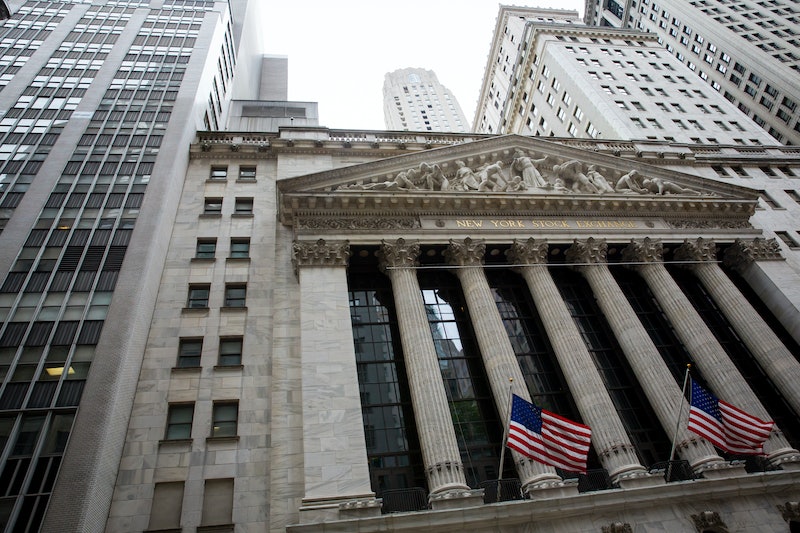 Traders were left shocked Wednesday morning when the New York Stock Exchange abruptly halted all trading and canceled all open orders due to technical issues. It reopened just after 3 p.m. the same day, but the details surrounding the tech glitch remain mysterious. Even more curious is how the halt came just hours after United Airlines had to ground all of its flights due to its own technical issue. This provided plenty of fodder for the Internet-savvy. Whenever the NYSE has to stop trading, joke trades will soar.

In the late afternoon on Wednesday, the NYSE issued the following statement:

We're currently experiencing a technical issue that we're working to resolve as quickly as possible. We will be providing further updates as soon as we can, and are doing our utmost to produce a swift resolution, communicate thoroughly and transparently, and ensure a timely and orderly market re-open.

It is eerily similar to the statement that United Airlines issued just hours beforehand:

We experienced a network connectivity issue this morning. We are working to resolve this and apologize to our customers for any inconvenience.

Now conspiracy theorists are jumping on this parallel to assert that there's no such thing as a coincidence. And they do so in the form of hilarious memes suggesting that the U.S. is currently under some kind of cyber attack, involving anyone from The Dark Knight Rises' Bane to the characters of Hackers. Take a look at 21 jokes being traded over the Internet in the wake of the NYSE's shutdown.

Who would have thought that a trading halt at the NYSE could be explained by almost every single movie in existence? But if I had to put money (or stocks) on it, I'd say the "technical issue" almost definitely has to do with Angelina Jolie circa 1995.