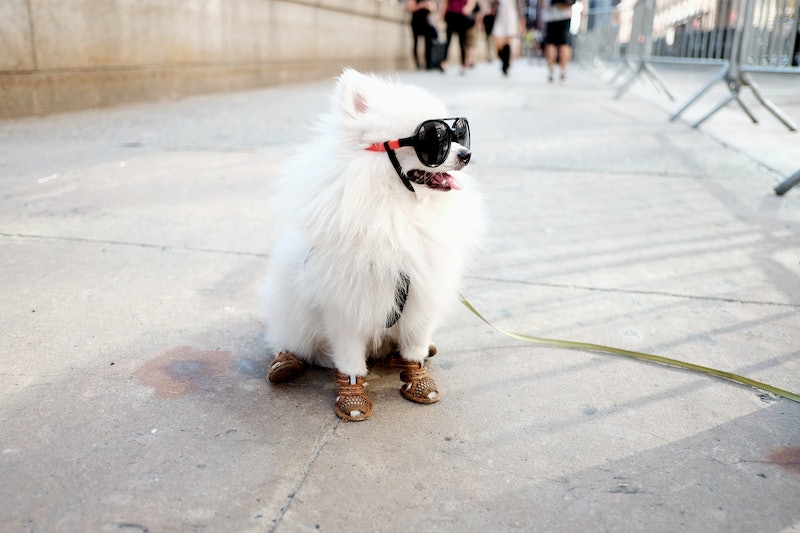 For your daily dose of cute things on the Internet, I bring you this: Dogs of New York, a photo project celebrating the Big Apple's many dogs and their owners. Why? Because it's adorable, and that is the only reason anyone needs — although it also serves a greater purpose, too. Begun by animal rights activist Kim Wolf, the site takes its inspiration from the huge success of Humans of New York.

Wolf explains that she started the project to showcase the special bond that dogs and their owners have, emphasizing the way in which the interaction between human and canine is beautiful and unique. Writes Wolf on Beyond Breed:

DONY is about real people and real dogs in their everyday environments. They’re the ones you don’t hear about in the news, and they’re the stories that don’t get published in memoirs. I was inspired by Humans of New York and how it made individuals out of the 8.3 million people who call this place home, while showing the humanity that binds us together.

I created DONY to celebrate what makes each human-canine bond unique, and to showcase the universal bond between people and pets.

According to Wolf, people seem eager to share their relationships with their dogs with the rest of the world. Her project, much like Humans of New York, gets at a fundamental common bond that we all share, highlighting individuals in a huge city where it's easy to feel disconnected from everyone around you. As Wolf says, "Yet in all this diversity, the human-canine bond is universal."

There is something really beautiful about the common experience of dog-lovers. Follow Dogs of New York on Facebook here, and cheek out some highlights below:

More like this
Does Instagram Tell Someone When You Screenshot Their Story?
By Emma Carey
8 TikTok Pasta Recipes To Try Out At Home
By Emma Garza
The True Meaning Behind Each Hand Emoji
By Bustle Editors and Emma Carey
TikTok’s “5-9 Routine” Trend Is Here To Boost Your Productivity
By Courtney Young
Get Even More From Bustle — Sign Up For The Newsletter