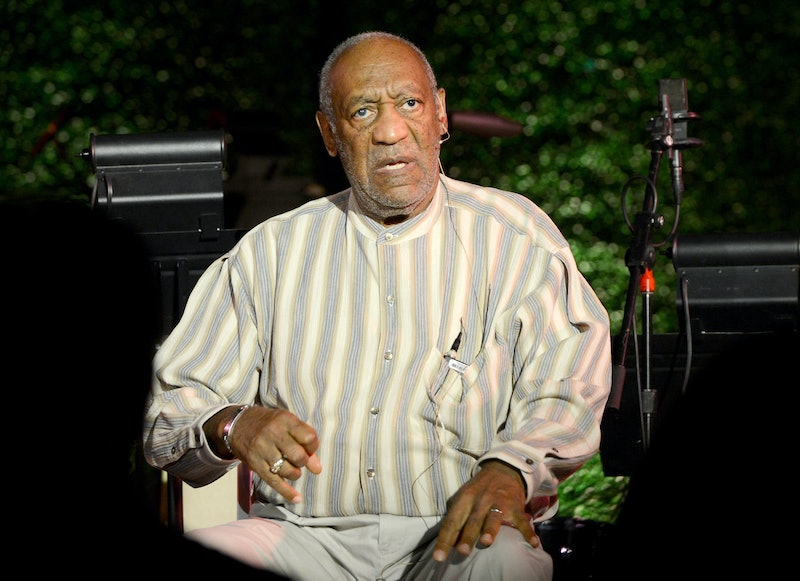 It's been quite the week for revelations involving Bill Cosby. On Monday, the Associated Press reported that documents in connection with a 2005 deposition show Bill Cosby admitted to obtaining Quaaludes to use to have sex with women. Then, on Tuesday, it was reported that the LAPD is investigating Cosby for sexual assault allegations, including accusations wherein the statue of limitations has expired. The LAPD confirmed the criminal investigation to NPR's Mandalit del Barco on Tuesday.

According to del Barco,

LAPD Chief Charlie Beck has said his department would investigate any sexual assault accusations against Bill Cosby — even past the statute of limitations. The department's public information officer, Det. Meghan Aguilar, told NPR that the police have at least one open criminal investigation that may have multiple accusations. The LAPD would not offer any more details because the case is ongoing.

Despite NPR saying the police department was not able to give details about the "one open criminal investigation," according to FOX411, LAPD spokesperson Norma Eisenman said "there is an investigation open" regarding Cosby accuser Chloe Goins. In January 2015, Goins reported the 77-year-old comedian to the police. As Goins' lawyer, Spencer Kuvin, told The Hollywood Reporter at the time, the model spoke with the police claiming Cosby drugged and molested her at the Playboy Mansion in 2008.

Kuvin told FOX411 on Wednesday, “This disclosure is very helpful to Ms. Goins investigation, both criminally and potentially in a civil action. We can use this testimony to prove his modus operandi as a serial sex abuser.”

Regarding Cosby's 2005 deposition, the former Cosby Show star's reps released the following statement: “The only reason Mr. Cosby settled was because it would have been embarrassing in those days to put all those women on the stand and his family had no clue. That would have been very hurtful.”

Over 30 women have accused Cosby of sexual assault. Many have been holding out hope for the police to investigate Cosby and it seems like that is finally happening. Cosby's official statement via his lawyer from November 2014 reads: