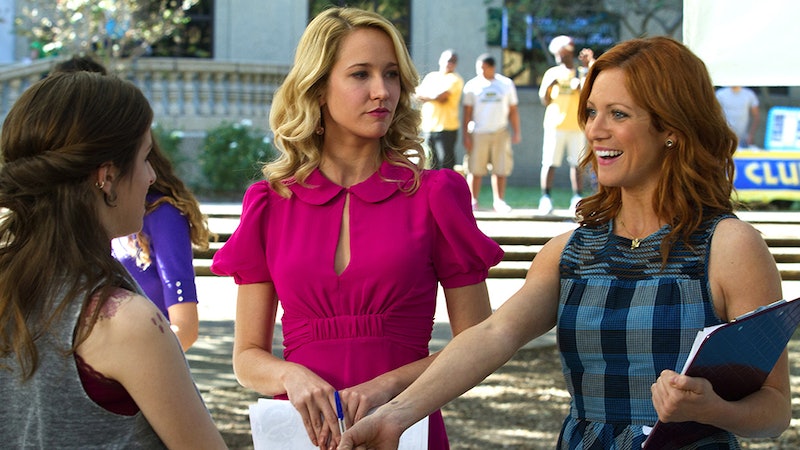 If you’re preparing to start your first semester of college in September, chances are that you’re feeling a little nervous about the fall. Or maybe a lot nervous. Or maybe even a little terrified. That’s OK. After all, you have a lot of unknowns ahead of you: Will you like your classes? Will you make friends? Will the coursework be too difficult? Will the dorm food be remotely edible? Will your roommate be crazy? Will your roommate think you're crazy? What’s it going to be like when you’re sick for the fist time on your own? Will college be just like Animal House? Or will it be more like Monsters University? (Spoiler: It will like neither.)

Freshman year is a crazy time because students are having to learn to be successful in a more rigorous, self-motivated academic environment at the same time that many of them are learning how to live away from their parents for the first time. Learning how to study for university finals, how to talk to professors, how to do laundry, and how to be an adult all at once? That’s a lot.

There are many prevalent myths about what college is like, and — no surprise — a lot of them are completely untrue. If you’re preparing to take your first step into college life, be aware that you should take these clichés with a giant grain of salt:

The myth that college freshmen immediately gain 15 pounds is so prevalent that many people don’t even think to question it, but here is the truth: The Freshman 15 is not real. Studies have shown that the average weight gain among freshmen is between 2.5 and 6 pounds. Despite stereotypes that college students are massively unhealthy, this minor weight gain seems to be due less to the college lifestyle than to the natural changes that happen to 18-year-old bodies; As The Atlantic points out, the average weight gain of college freshman is only half a pound more than that of people of that age who don’t go to college. So, by all means, try to exercise and be healthy when you start college (and in any other life situation), but don’t freak out that your body will undergo major changes overnight.

2. If you’re not in a sorority, you’ll have no social life.

When I was in college, I had a number of women in sororities (or women pledging for sororities) say things to me like “If you don’t get into a sorority, you’ll have no social life whatsoever.” I went to a university with a very active Greek system, I was not in a sorority, and — Guess what? — I still had a social life. I have nothing against sororities, but the idea that they are your only routes into an active social world is absolutely not true. If Greek life is not your thing, you will still have PLENTY of opportunities to meet people and make friends. Your university will have a lot of official and unofficial clubs, intramural sports teams, and social activism groups. You’ll also meet people in your dorm and your classes.

College movies often make college life look like one crazy party after another. It’s true that there are a lot of parties among college students, but college isn’t a 24/7 party bus. There’s also a lot of studying, working, hanging out in coffee shops, hiking, going to movies, and myriad other activities that don’t involve teeming crowds of drunk people.

4. Your university will look old and dignified.

Before I went to college, I assumed that all colleges looked like Yale does in the Gilmore Girls — that is, old, fancy, and East-Coast-y. They don’t. Every university, no matter how prestigious, has at least a few horribly ugly buildings. Most of these were built in the 1970s, when architects apparently lost their minds, and orange brick became fashionable. A lot of these eyesores are dorms, so congrats on your new ugly abode

5. You should have a major and your future career planned in your first semester.

It’s easy to feel like you’re supposed to have a life plan in place as soon as you start college, but it’s totally normal and OK if it takes you a little while to figure things out. After all, how do you know if you want to major in political science until you’ve taken a poli-sci class or two? It’s also completely fine if you start out the semester in one major and then discover partway through that you want to do something else. The important thing is that you find something you feel passionately about; don’t worry if that takes a bit of trial and error!

6. Your classes will be huge, and your profs will have no idea who you are.

This can be true, especially at large universities, but there are things you can do to make even a large university feel smaller and more personal. For example, some departments have honors courses or programs that have smaller than average classes. You should also ask an advisor in your department if there are any other options for smaller classes (For example, a course that’s normally massive might be taught in smaller sections during the summer).

Furthermore, if you’re in a class with hundreds of people, chances are you’ll also have a TA that does the grading and teaches discussion sections. Make an effort to get to know that person by showing up to class, engaging in class discussion, and visiting office hours. Finally, don’t forget that your professor will also have office hours set aside specifically to meet with students. Most professors are more than happy to have students come in to discuss concerns about the course, answer questions, or simply have a chat.

Um, no. It’s true that in college, no one is forcing you to go to class — no one will call your parents or nag you if you don’t show up. But if you don’t go to class, you won’t pass. It’s that simple. For one thing, many professors and TAs take attendance and calculate a participation grade based on your participation in class (this is especially true for small courses and discussion sections). For another, even if your profs don’t take attendance, they will still be teaching important stuff during lectures (that is, after all, the whole point of a class) — stuff that you shouldn’t miss if you want to pass exams and write decent papers.

8. Everyone will be having sex. All. The. Time.

Films and TV shows make college look like everyone is hooking up constantly. But — as with most of life — sex in college is more complex than it appears in the movies. Yes, there will be lots of people who are having sex, but there will also be lots of people who are not. Some will be into making out with strangers at parties, and others will be in Serious Relationships by the end of the first semester. It’s all good. You should do whatever feels right for you.

9. Your major will dictate the rest of your life.

You may think that your advertising major will lead you to being a partner at Sterling Cooper in four years, but in reality, majors rarely lead in a straight line to a career. Whatever you do in college will be a stepping-stone in a longer journey that could take all sorts of turns you don’t expect. Enjoy your major, do your best, and then hold on for the adventure.

10. College will be awesome immediately.

For many people, college is an amazing experience, but that doesn’t mean that you’ll love it right away. Starting college is a major transition, especially if you’re living away from home for the first time. Don’t get discouraged if it takes a while to find your niche.

11. You will be whisked into a kickass all-girls a cappella group.

God, I WISH this one were true. I wish it SO HARD.